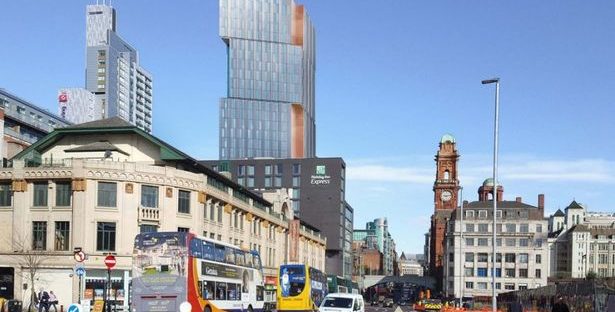 On 16th December, Manchester venue and nightclub, Sound Control is set to close its doors forever.

Exactly 8 years since the venue opened up (taking over a music shop of the same name) the venue will close to make way for a block of student flats.

Though the venue’s management have already opened up about plans to relocate, the closure of Sound Control marks a troubling time for grassroots music venues, that are being increasingly pushed out by big developers.

In a statement on his Twitter, event manager Ben Taylor confirmed the news saying:

“You’ve probably seen the news, Sound Control is set to be demolished at the end of the year to make way for student accommodation.

“Looking back over the past 8 years has been mad, f*** me we had some good nights.”

Taylor went on to name the impressive roster of bands who’ve played the venue, including The 1975, Catfish and the Bottlemen, Scissor Sisters, Tame Impala, Wu-Tang Clan and many more.

Speaking to the Northern Quota following the announcement, Stockport-based band No Hot Ashes, who played a sold-out show at the venue earlier this year said: “Sound Control holds very precious memories to us as a band. We first played there when we were 16/17 supporting a band called The Minx and since then we`ve probably played the venue about 3/4 times over 2 or 3 years. We have played gigs for Clint Boon, supported The Ordinary Boys & more recently sold out the biggest room, which was our biggest headline show to date.

“Venues like Sound Control are breeding pools for hungry, passionate and dedicate artists all looking to make their big break in the industry. To hear that so many are now closing just makes it even harder for bands to make it the proper way, grafting and playing the dirty, sweaty venues. …Small venues have been and will always be proving grounds for young, new bands to better themselves and build a fan-base. The more you remove from cities the less opportunities because there are very few small venues being built.”

After 8 years, @SoundControlmcr as we know it, is coming to and end… pic.twitter.com/3M7g15DZvS

Commenting on how we can save venues from closure, No Hot Ashes said we need to “go and watch unsigned bands… not just at the weekend.”

They also called for a greater appreciation of arts in general within the government. “Someone needs to really stand up for funding the arts. The UK has birthed some of the biggest musical exports the world has seen yet they want to cut funding?”

Sound Control is set to bow out with one last night of chaos with an Oasis Disco on 16 December (following Liam Gallagher’s Manchester Arena show). The night will feature favourites from Oasis, Liam Gallagher, Beady Eye, Noel Gallagher’s High Flying Birds as well as The Stone Roses, The Charlatans and more Madchester classics, as well as a set from Lidia Facchinello (Britopop Curious?)

Tickets are available from http://www.soundcontrolmanchester.co.uk/events/oasis-disco/