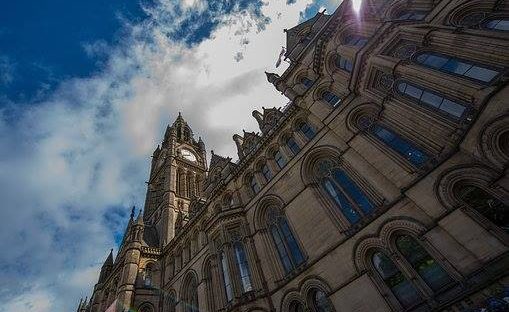 Located in Albert Square, the prestigious 140 year old building is a historic site which attracts tourists from all over the world and is the ceremonial headquarters of Manchester City Council.
Manchester’s ambition and history is reflected throughout the building from the statues it contains of esteemed Manchester figures such as physicist John Dalton to the Ford Madox Brown murals in remembrance of Victorian Manchester.

The Grade 1 listed building, designed by Alfred Waterhouse, took nine years and over 40 million bricks to construct and hasn’t been updated since its completion back in 1877. Although Queen Victoria refused to attend it’s opening, the building still became one of the most momentous attractions in the city.

In July of last year, a report was published stating that if the £330million improvement works weren’t approved then it was likely that the building would slip into disrepair and disuse.
Architect Adrian Welch, who was educated at Manchester University School of Architecture highlights the importance of securing the future of historical buildings like the town hall.

Founder of international architecture website www.e-architect.co.uk, Adrian Welch, said: "Alfred Waterhouse’s Town Hall building is the kernel at the centre of the city. Buildings like this simply aren’t designed anymore, with its beautiful decoration and high quality materials.

"It is well worth a city looking after all its heritage from humble pubs to fancy civic set pieces, but when you have a well-proportioned building like this it is worth every penny.

"The official line is that it is a supreme example of Gothic Revival architecture, to rival London’s Natural History Museum. For me the special quality of this building is its consistency. The building also has a good symbiotic relationship with the Albert Square – the proportions of each complements the other, with a matching length. They have to be considered together.

"It is important public funds are carefully used within a transparent process. The library close by feels much more accessible and welcoming after its renewal so maybe the Town Hall renewal can take a leaf out of its book, learning from failures and successes alike."

The new plans for renovation would enhance the site's role as a tourist attraction and allow businesses in the city centre to strive.

Discussions about how the newly restored hall will be used will also take place. Office space and food and drink retail are some of the options suggested. The council want to ensure that whatever the hall is used for will generate a long-term and worthwhile income.

Previous plans to restore the building into a prestigious 65 bed hotel were scrapped due to the ‘financial risk’ and back in 2013, an outlandish proposal to demolish the building was fortunately rejected.

The council stated that the funding for the much needed project will be obtained through long-term borrowing.