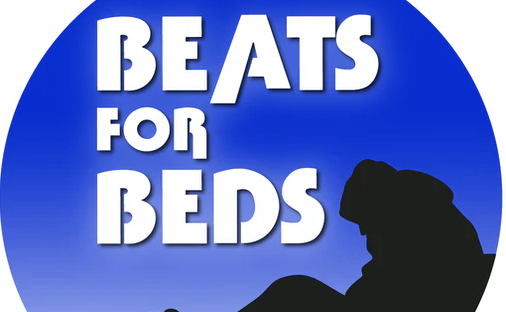 A group of Manchester musicians have created a three-day music festival to raise money for the homeless under the banner Beats for Beds.

The group originally met through a Facebook group which consisted of musical artists, DJs and sound engineers.

Members of the group used the platform as a way of staying in touch and sharing material during lockdowns.

One of the group’s members, Will, hosted live stream DJ sets on the page with proceeds going to UK food banks.

Five members of the group decided to get together and contacted Will after being inspired by his live streams.

This led to the creation of the group Beats for Beds.

They teamed up to host more live streams in support of other charities, and over the next 12 months managed to raise £49,000 from donations and merchandise sales.

Now that the lockdowns have ended the group has moved onto hosting club nights and have created a three-day dance music festival called Shelter Me.

This festival will be taking place in Manchester, London and Leeds this weekend.

The group has worked with several clubs in the cities and organised DJs to host club nights, with a number of “local hero” artists performing such as Scruff Dugg and Peza.

They aim to generate £15,000 from the festival, which will be donated to Shelter UK.

Stephen Molyneux, one of the members Beats for Beds, said: “This is something I feel very strongly about generally. Homelessness is an underfunded and solvable problem, and it’s getting worse.

“There are bigger reasons for that: income equality, domestic abuse, precarious living circumstances.

“These are big concepts that I can’t do much about, but I feel I had to do something to help.”

Stephen said that during the first lockdown the government started an initiative called Everybody In which helped to house the homeless, meaning there were fewer people living on the streets.

During the second lockdown however, the government abandoned the initiative.

Stephen said: “They gave no help. I was absolutely furious.

“It was proved that solving some of these problems is a matter of political will. I felt I had to take matters into my own hands to try and help out.”

The Shelter Me festival is on 17 December, with the first event being hosted at The Carlton Club in Chorlton.