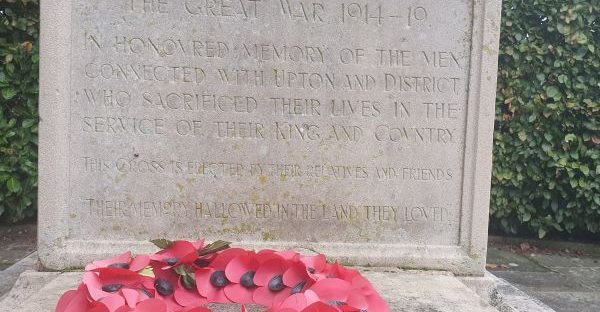 Manchester will come together to pay their respects to those lost to war this Remembrance Sunday.

Last year’s remembrance procession could not take place due to COVID-19 restrictions.

Armistice Day takes place each year on the 11th hour of the 11th day of the 11th month and marks the signing of an agreement to end the fighting of the First World War.

“A chorus of thunderous silence
Two minutes to remind us
Of those who look fear in the eye
And say no. I choose hope.”

At 11am today we will take the time to pause, and pay our respects to our Armed Forces community, past and present. Will you join us? #TwoMinuteSilence pic.twitter.com/qzKtgPskY0

The Manchester Remembrance procession on Sunday (14 November) begins on John Dalton Street at 10.25am.

The parade march will pass Manchester’s Central Library before arriving at the cenotaph in St Peters Square.

A two-minute silence will be held at 11am, the ending of which will be marked by the traditional firing of a 105mm gun.

The Lord Mayor of Manchester, Councillor Tommy Judge said: “After cancelling last year’s ceremony due to Covid restrictions, it’s important that the people of Manchester come together to show our combined appreciation for the armed forces.

“It will be an honour to mark this solemn day with the people of Manchester.”

Many companies around the UK and Commonwealth countries will be marking the day with offers for veterans and current forces members.

Some local charities have already taken part in activities in preparation for remembrance Sunday.

Bolton Lads and Girls Club, a charity giving young people a safe environment to spend their free time, have been getting creative with their 7 to 11year olds.  Ian, a youth club volunteer, told NQ they “created poems and imagery to show our support.”

If you would like to pay your respects but are unable to attend the Manchester event, the procession will be live streamed from 10am on Sunday.

Other events will be taking place across Greater Manchester this Sunday in areas such as Bolton, Salford and Trafford.