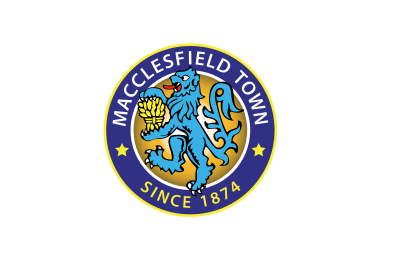 Macclesfied Town wound up at High Court with debts of £500,000

Fans shocked and emotional following news about 146-year-old club, whose nickname is the Silkmen

Macclesfield Town’s Academy Cup Final place next Wednesday is in doubt after the 146 year-old Cheshire club was wound up in the High Court with debts of £500,000.

Macclesfield Town’s Academy U19s clinched a final spot against either Swindon or Brentford at St George’s Park next week, but with the shock winding up of the club it’s uncertain whether they will be allowed to play.

The Silkmen were relegated at the end of last season to the National League following a deduction of 17 points because wages weren’t paid. Former goalkeeper Tim Flowers was appointed last month after the relegation to steady the ship. Stevenage, who had been bottom, escaped relegation because of Macclesfield’s points deduction.

Lawyers for HM Revenue and Customs had applied for a winding-up order as the club owed nearly £190,000 in tax. Two other creditors were owed more than £170,000 each, including John Askey, the club’s former manager who led the Silkmen to promotion back to the Football League at the end of the 2017-18 season.

Judge Prentis said the club had been given “ample opportunity” to pay off the debts.

The club has yet to make an official comment on the winding up.

Fans ringing into a BBC Radio Manchester reaction show last night were in tears. One said: “The club is a way of life. It’s all we know. I’m trying not to think about it but it’s just so sad. The club has been part of my life since I was five years old. We’ve not got many fans but the club means so much to us.”

Another fan, Polly Irving-Johnson, wrote on the Macclesfield Town Facebook page: “It’s a very sad day for Macc Town. I’m feeling quite emotional.  Here’s hoping they can rise up from the ashes and bounce back. Sending my thoughts to all the staff, fans and players at this really difficult time.”

Financial problems led to Bury folding last season and now Wigan are the latest club to search for new investors after hitting money troubles. The club, stadium and playing staff are being offered to buyers for £3.3m.