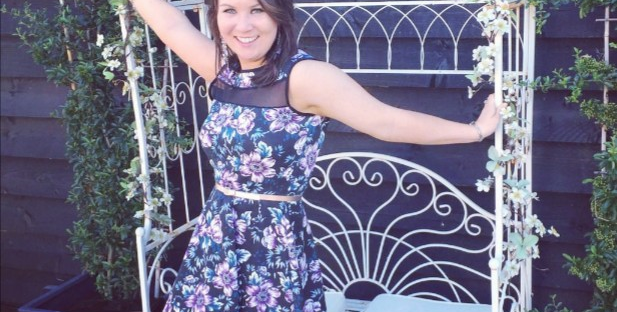 Charlotte was diagnosed with endometriosis in July 2017 at the age of 25, after nine years of mistreated symptoms.

At the age of 16 Charlotte had started to have her periods, and it was at this point when she knew something was wrong. Charlotte’s periods were being accompanied with the types of symptoms associated with endometriosis, such as pain and irregular periods, but at this point Charlotte was unaware of what was truly causing these side effects.

After seeking medical advice Charlotte was put on the pill in an attempt to regulate her periods. Over the nine years prior to her diagnosis Charlotte was placed on other pills and pain medication whilst also being sent for scans and biopsies.

Eventually Charlotte was sent to see a gynaecologist and from a there a consultant agreed to carry out a laparoscopy, her only surgery to date, which led to her diagnosis.

“Originally on diagnosis I felt relief that after nine years I finally knew what I had, grateful that it wasn’t a tumour or cancer, but then unsure of what that meant.”

Since her diagnosis Charlotte has been taking a contraceptive pill and the painkiller Naproxen to help combat her endometriosis.

I try not to let Endo affect my life but it plays an underlying part throughout my life – but some days I won’t let it beat me.

Endometriosis has impacted Charlotte’s life in many ways, affecting her mental health and sleeping pattern to the point where the pain can even prevent her from getting out bed.

Charlotte’s relationship is also affected by endometriosis, and she revealed how fertility is something she fears due to her condition.

“I’m still petrified that the day myself and my boyfriend decide to try to have children it’ll be difficult, because of my Endo and that concerns me for my own self-perspective and what I want in my life.”

Charlotte copes with her endometriosis in a variety of ways as she explained to us.

“I cope with Endo by keeping healthy, I dance, attend the gym and eat healthy six days a week. Talking helps, I speak to my family, friends and post things on Instagram to promote Endo. I will also cope in unhealthy ways, such as staying in bed, curling up in a ball, crying cause of the pain and getting frustrated by what seems a never ending issue. It really depends on my mental health on any given day.”

We asked Charlotte what advice she would give to others suffering with endometriosis.

“My advice to others would be, do what you want, tell the doctors what you want to achieve. It’s your body, you know your body better than anyone else. You have to lead your own fight and tell them what is not normal for you. But, don’t be scared. Surround yourself with love and care to support you to look after yourself.”

On a final note we asked Charlotte what she would do to raise awareness of endometriosis.

“Awareness needs to be spread through schools, colleges and even universities, because often that age is typically too scared to say something to someone.”

Sign our petition to bring endometriosis awareness into the school curriculum.