Last second winner sees Man Met go into the next round 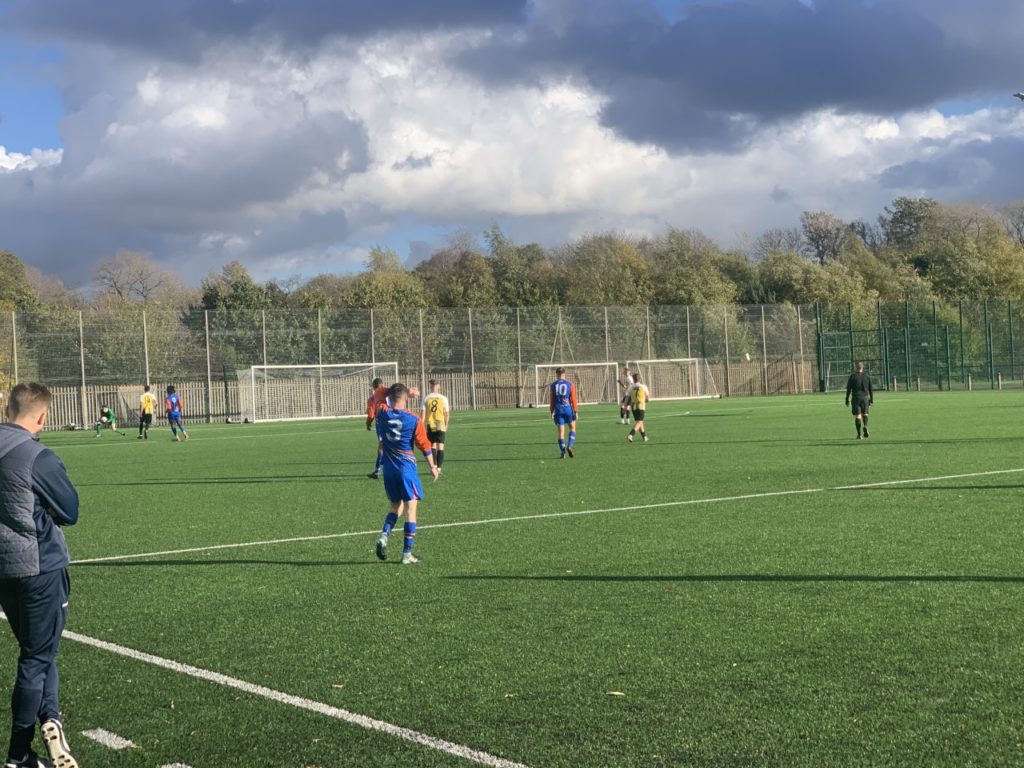 Another matchday at Platt Lane for Manchester Metropolitan and this time it was in the cup, against UCFB. Manchester Met facing another local team, with the previous match being against Salford.

The game started off with MMU pressing their opposition as usual, they kept the ball and tried to break down the five-man defence of UCFB. UCFB clearly had a game plan to try and neutralise the famous attack of MMU and keep them at bay. As the twenty-eighth minute came, starting striker Antonio Omeje fell one-on-one with the keeper, the goal staring him in the face but couldn’t finish his chance and saw the ball fly over the ball. It was the first clear chance of the game for Man Met.

The rest of the first half was very cagey, the deep defence line caused problems for MMU, who prefer to run in behind their defence and with Tom Carr ‘the star’ on the bench MMU were lost without their talisman.

The first half finished, and the second half started. Head Coach Gareth Smith gave his team talk to the boys and sent them on their way in hope of a goal to break the deadlock. Only five minutes into the second half, a corner was whipped into the box and met by a header from Mark Faflik who just skimmed the bar.

It was clear Man Met wanted that goal and were pressing for it. Captain Nathan Baker dictated play as per, sending Ben Coward on his way down the wing but had minimal luck with two defenders doubling up on his side. Halfway through the fifty-third minute, Mark Faflik cut inside on his wand of a left foot and curled one across goal, again hitting the bar! The frustration builds for MMU.

Only two minutes later the unthinkable happened. Nathan Baker loses the ball, and UCFB storm into attack with numbers overwhelming the defence. An initial save from Prince Osei lead to the rebound scored by the opposition’s number nine. A long way back for Manchester Metropolitan. 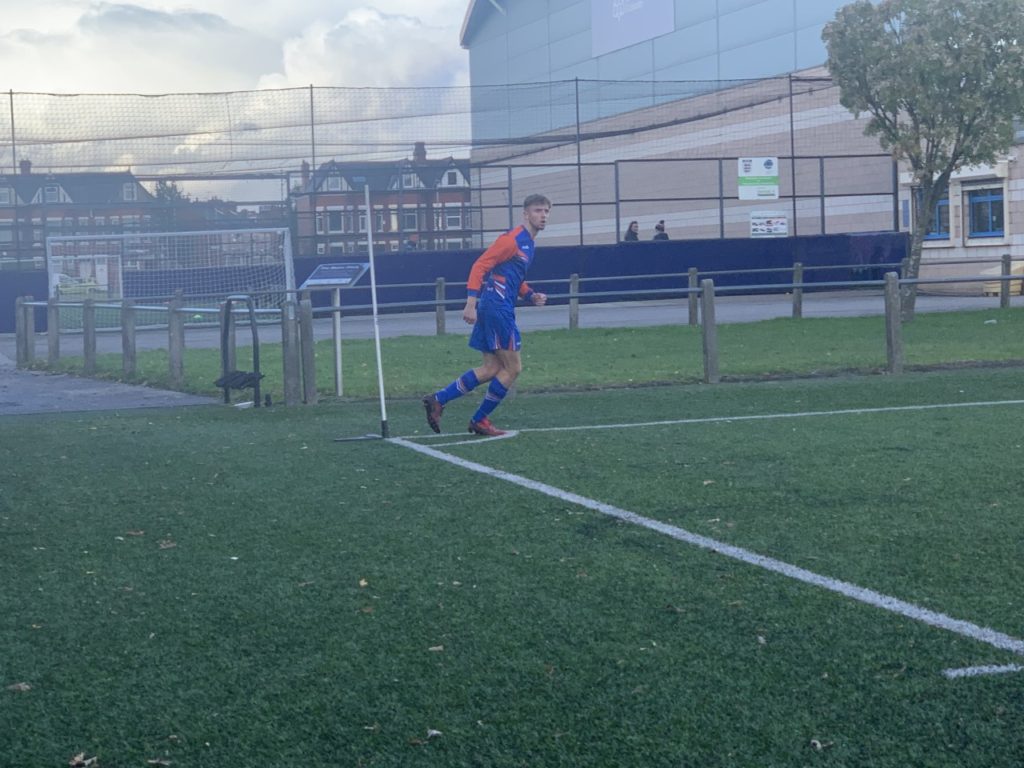 After ten minutes of trying to claw their way back, centre back Aadi decided to take matters into his own hands. He carried the ball through, and like Vincent Kompany vs Leicester in 2019 he fired one home for the equalizer. The goal Gareth and his men were searching for. A first start of the season from the centre back and he gives MMU a sense of belief.

Man Met were pushing for a winner now, they could sense victory was near if they could unlock the opposition’s defence just one more time. A penalty shout came from substitute Tom Carr after he was brought down in the box. MMU players thought it was a penalty, referee disagreed, and the game continued.

After constant time wasting from UCFB and in the last moments of the game, Mark Faflik picked up the ball, slipped past a player and with that cannon of a left foot fired one in for the winner for MMU. The scenes were chaos, MMU were celebrating. UCFB were on the floor in distraught, their defensive efforts resulted in nothing. The ref blew for full time and that was the last kick of the game.

An emotional ninety minutes of football, it’s the beauty of the game. Mark Faflik and Manchester Metropolitan are into the next round of the cup.

Manchester Met hosted UCFB in a game of the season contender hosted at Platt Lane. Reported by Jude McGuirk