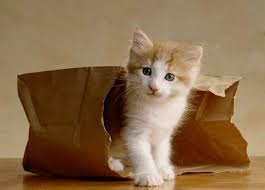 Killing two birds with one stone: Is the English language vegan friendly?

In light of the rise of veganism over the last few years animal rights organisation PETA have released a list of animal friendly idioms to replace the ‘meat metaphors’ we regularly use.

PETA (People for the Ethical Treatment of Animals) is offering alternative phrases for metaphors such as ‘killing two birds with one stone’ in order to promote a way of speaking that doesn’t encourage cruelty towards animals.

Below is a list of commonly used metaphors and the animal friendly alternatives that PETA has suggested we begin to use instead:

The list, like many other vegan initiatives, is receiving backlash from the public as they do not believe that we should have to stop using phrases that have been part of the English language for years. However, the suggestion to remove phrases from our daily speech isn’t as outlandish as people would like to believe.

There are countless phrases that were once used frequently in our daily speech that we rarely hear anymore or just plainly don’t use at all. Phrases such as ‘catch you on the flip side’, ‘don’t have a cow’ and ‘take a chill pill’ were very popular once upon a time, but to hear someone use them today is quite rare.

Dr Shareena Hamzah of Swansea University, a language expert, has confirmed that these metaphors associated with meat will in fact go out of fashion. She says a rising concern for both animal welfare and the negative effects of meat consumption for the climate will move people to avoid using these meat metaphors and that there will be an inevitable shift in the language we use.

In her article for The Conversation, Hamzah said: “If veganism forces us to confront the realities of food’s origins, then this increased awareness will undoubtedly be reflected in our language and our literature.”

However, she highlights the fact that vegans and vegetarians may not want a language shift, as many vegetarian or vegan options are made to simulate the experience of eating meat, giving the example of vegetarian burgers that are made with ‘beetroot blood’ to feign a bleeding meat burger.

The idea of a language shift may be jarring to some, but in Hamzah’s opinion it may take a long time for the change to come into effect. As well as this, it may be near impossible to fully erase these meat metaphors from our vocabulary.

There are uses of these metaphors in many great literature texts that have spanned over decades and when we continue to read and teach these texts the metaphors will still have a place in our language.