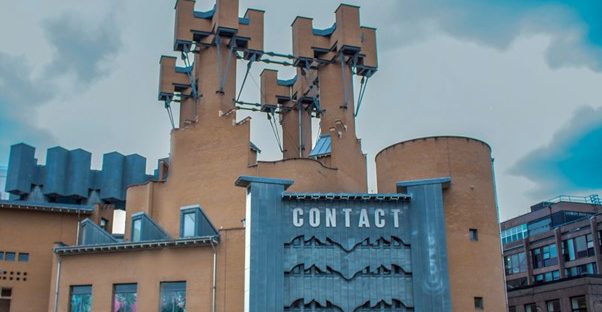 Contact theatre often focusses on the importance of culture and highlight members of the LGBTQ+ community.

Recently Contact featured The Bread We Break, a one-woman show featuring Miray Sidhom, which told the story of how bread is so culturally and economically important to Egypt and its history.

In March it was announced that Keisha Thompson – who started at as an artist at the age of 15 – would be taking on the role of artistic director, the first Black woman and youngest person at the age of 32 to be CEO.

Faith Yianni, 27, executive and management PA, speaks highly of the way the theatre is standing out as an arts organisation.

She said: “It was very much a love affair from the start with me and Contact.

“Working in the arts has always been the goal for me. I went to university for performing arts and I started to do more applied theatre and I really liked that it was using creative practice in a real-world setting.”

Studio engineer Danny Hassan, 25, said: “I’ve always been a musician ever since I was young.

“I started working with the boss of the music section here at Contact. Sam Malik and I became good friends, so when it reopened in 2020 he asked me to work here.

“I took part in Level Up, which is Contact’s artist development program and that gave me even more opportunities within this company and in the music industry in general.”

The theatre puts an emphasis on programs for young artists with Monday mic nights, drama, music and writing drops aimed at providing young people with a creative outlet.

“This truly is a young person-led organisation. They have a young person interview panel as well as the staff panel and the reason for that is because if you can’t talk to and engage with young people, it’s going to be difficult to work here,” said Danny.

“Contact is very open and accepting of everyone here, no matter what you do and they embrace that difference.

“Young people are the future and the arts provide an outlet for them. Even in my time here so far, I’ve seen a lot of unfortunate circumstances for young people but they can come here and realise their potential.”

It’s rewarding work for Danny, especially when he gets to see how much Contact has helped someone.

He said: “I’ve had parents come up to me and tell me that I’ve had such an impact on their son.”

Both Faith and Danny agree that Contact is constantly pushing to do more for anyone they can help.

“I don’t think there’s anyone in this organisation who came here with one idea of what they wanted to do and only did that.

Faith says: “We very much have that open conversation of what the young people might need, what the audiences might need and what the people of Manchester might need,”

Danny added: “It’s a big organisation, I’m here facilitating the workshop but there are people directing those programs and then Sam Malik gets the funding to do specific things and there are projects that he wants to do to impact social change.

“Every cog in the machine has a role to play.”