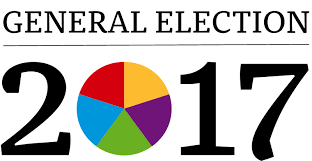 General Election – What we know so far

One of the most anticipated days of the year so far is underway, and the interminable wait of the count begins. Within minutes of the close of all polling stations across the UK, the Exit Poll figures were released, showing the following figures:

At 10.20pm, the Conservative party was initially named as the largest party, alongside the warning that their chance of holding the overall majority was not certain at the time. It was reported that Senior Conservatives did not believe the results from the Exit Poll, adding to the steadily building anticipation as the night unfolds.

In a live interview with ITV News, despite it being “early days”, former Conservative politician George Osborne claimed, “If the poll is accurate, this is completely catastrophic for the Conservatives. But let’s wait and see, we have a lot of votes to be counted, we’re clearly going to be in for a very long night”.

As the clock hits 10.30pm, counting is officially underway across the UK. Twitter’s feed is alive with excitement, anticipation, and of course, debate, followed by the hashtag #Generalelection2017 in which most are taking advantage of:

Reports from the BBC found that the pound fell against the dollar and euro following the Exit Poll results; casting doubt over whether the Conservatives will win an overall majority. In the words of ITV’s Robert Peston, “if the exit poll is even in the remotely in the right territory, this is a political earthquake of the sort that neither you or I have lived through”.

A survey taken at polling stations across the UK strongly suggests Conservatives could get 314 MP’s once the results have been counted; in order to get an overall majority, a party needs to get 326 seats. There are, of course, doubts in May’s victory across the country. Professor of Politics at the University of Strathclyde John Curtice claimed that “Theresa May’s bid to win a landslide victory by calling a snap election had backfired” when speaking on the BBC’s Election coverage.