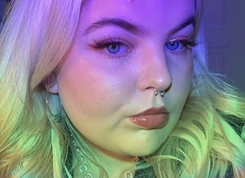 Gender fluidity within clothing: has fashion always been gender binary?

In contemporary Western society, gender binaries are deeply ingrained in our understandings of cultural norms as demonstrated through gendered clothing: skirts as feminine, suits as masculine.

This has been normalised to such an extent it is hard to imagine society without this narrative. This is demonstrated within philosopher Thomas Laqueur’s monumental book, Making Sex, which documents the shift in perspective and argues that modern-day binaries are a fairly recent phenomenon, only occurring in the post-Enlightenment period (early 1800s).

While sex hierarchies have always existed, the anatomy of a male and female was historically described as biologically similar. Laqueur draws on work of Bouchet to illustrate his point: “The matrix of the woman is nothing but the scrotum and penis of the man inverted”.

The one-sex model became less plausible due to the popularisation of entrenched gender roles, which occurred through an understanding of them supposedly holding a natural order. Heteronormativity and binaries were the result and affirmed through slogans such as ‘opposites attract’.

These ideological shifts are apparent within fashion. Emilia Bergoglio, non-binary sewing influencer and writer for Seamwork, argues that gendered dress codes are a recent phenomenon. Their historical account highlights that until the 17th century female and male fashion was very similar, based on a tunic-style garment, and that differences in clothing centred more on class than gender.

Why are skirts seen as feminine, yet kilts are associated with masculinity?  With roots in Scottish history, the design of the kilt has shifted across the course of 100 years. Matthew Newsome, author Brief History of the Kilt’, says ‘the kilt resembled more of an overhead tunic worn by both men and women, but the modern-day recognisable plaid, pleated kilt became popular in the Scottish highlands in 1790, representing the clans and a battle dress men would wear in battle’.

The paradox of the kilt

The military background enables men to wear kilts today with pride, believing it  represents the courage of their ancestors. The skirt-like design indicates that clothes of the period were more gender fluid, with a feminised artefact deemed a symbol of honour. A man wearing a skirt unsettles some people today, as gender norms are so entrenched within our beliefs and norms. It also illustrates the objectification of women: men are not sexualised for wearing kilts but women wearing skirts are, despite both items being fundamentally the same.

Within the western world, the tension between the traditional gender binaries is rising. An increasing number of people identify as non-binary and dress in a way that expresses the individual as opposed to fulfilling a gendered expectation.

However, such tensions are not universal: as some cultures have always functioned in a gender fluid way. BBC reporter Megha Mohan shed light on this in a documentary on the Navajo community in New Mexico. Geronimo, a member of the community, explains how members identify as a ‘two spirit’ individual called Nádleehí, a sacred identity within their culture. It means they are male bodied but hold a feminine energy.

The Navajo take on both male and female gendered roles and present in both a masculine and feminine way.

Such communities highlight how, through the removal of gendered clothing, society can operate in a more cohesive way by neutralising gendered activities such as cooking and sewing. Destigmatising men wearing skirts leads to the removal of the sexualisation of garments and reduces the responsibility of women for unpaid domestic labour.

Western society started challenging strict binaries in the late 20th century through ‘gender bending’ in the world of fashion. Icons such as David Bowie were pioneers in rejecting binary constraints. Dressing in feminine designs they aimed to be perceived as creative, fluid agents, free from the hegemonic power of male garments such as the staid business suit.

The phenomenon of androgyny and the purposeful blurring of gender boundaries has been documented by Judith Butler in her work on gender performativity. She views non-conventional performances of ‘gender subversions as purposeful parodies in aim of stirring up ‘gender trouble’. It highlights how fashion can be used as a political tool to deconstruct harmful gender binaries, but it must be accepted that not all men who dress in this way aim to challenge gender stereotyping, it may simply be a sartorial creative act of self-expression.

By rejecting the binaries of fashion, individuals are liberating themselves and removing the shackles of patriarchy. By men dressing effeminately, a message is sent that femininity is something to embrace rather than reject, and the self can be empowered by embracing individual choice over learned behaviour and constructed social rules.

The progressive nature of the fashion industry and breaking down gender binaries is illustrated nicely within Gucci’s campaign: The Future is Fluid.