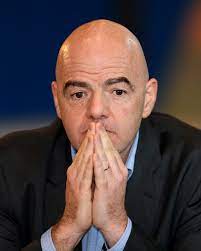 FIFA and Qatar left dizzy after so many U turns – twelve years of promises thrown away less than two days into the tournament.

An alcohol ban and detainments for wearing rainbow clothes have left FIFA struggling to make more excuses for Qatar.

After winning the rights to host the tournament in 2010, Qatar promised they would allow the sale of alcohol and would not oppose the LGBTQ+ communities from showing their support, but as the tournament has begun, these promises have been proven to be empty.

Those who forked out £3,000 or more for hospitality lounge seating are allowed to drink within the stadium, including premium spirits, leaving the ban on others as hypocritical and unfair.

“If you can’t drink beer for 3 hours, I think you can survive. There are many countries that ban alcohol in stadiums, like France, but since Qatar is a Muslim country, people make it look like a problem.”

Infantino has been on the defence of Qatar since the tournament began, however not everything he said has been true or taken well by the fans.

His statement about France not allowing alcohol sales in football stadiums, is true during the regular football season, however during the 2016 euros they did sell alcohol in the stadiums to accommodate foreign fans.

He also claimed to feel “Qatari… gay… disabled… and [like] a migrant worker” which has been met with outrage and ridicule online as he compared the treatment of these minorites to himself being “bullied” for having “red hair and freckles”.

The Qatar promises to allow fans to wear whatever they want, including clothes donning the rainbow symbol for LGBTQ+ rights, have also, unsurprisingly, been broken with many Wales fans having their rainbow bucket hats confiscated before their opening game against the USA.

The fans who lost their hats included Laura McAllistar, former captain of the Wales Women’s national team and is openly gay, who was stopped by security for wearing the hat.

She said: “It was pretty heavy handed… it was quite intimidating… we were told by some of the stewards that we couldn’t enter the stadium wearing our rainbow hats”

However, last week Gerdine Lindhout, Fifa’s head of experiential marketing and promotion, told fans to: “Go for it [wearing rainbow hats/clothes]… this event is all about celebration”

Fifa are struggling to cope with the problems their corruption has started and fans are getting frustrated. Something needs to change or this world cup will undoubtedly be the most controversial since the 1978 competition in Argentina.