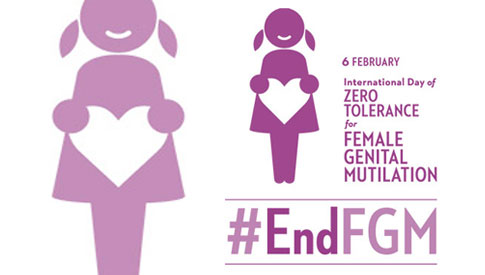 FGM classed as child abuse not a race issue

Female genital mutilation should be classed as child abuse, conference in Manchester on Saturday heard.

GMP warned that Female Genital Mutilation (FGM) should be treated as child abuse rather than a race issue at the international day of zero tolerance.

Police spoke out about the work they do to prevent the practice across different Manchester communities which was sponsored by the UN and held at Manchester Metropolitan University.

The Life of Death from Marsha Onderstijn on Vimeo.

Detective Chief Superintendent Vanessa Jardine said: “FGM is child abuse. It is a horrific and brutal crime and it will absolutely not be tolerated in Greater Manchester.

“In recent years we have worked to help educate communities and our officers about what FGM is, raising awareness of its prevalence and publicising the impact it has on victims.”

FGM involves the partial or total removal of the external genitalia or injury to the female genital organs in order to safeguard women’s virginity and honour. The practice is illegal in  Great Britain but it is widespread in Somali, Egyptian and Iranian communities in the UK.

Two thousand girls in Greater Manchester are believed to be at risk of FMG or a flown abroad on school holidays.

Greater Manchester’s Mayor, Police, and Crime Commissioner Tony Lloyd said: “Female genital mutilation is abuse. It is a secretive and barbaric practice that sadly does exist with our communities.”

The maximum penalty anyone found guilty of the offence is 14 years. Taking someone overseas for it is still a crime in the UK if the mutilation is done by a UK national or permanent UK resident