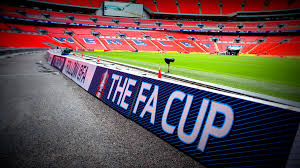 The new year is to hold some interesting encounters after the Emirates FA Cup draw took place last night.

The third round of the FA Cup has handed Jaap Stam a return to his former side as Reading face Manchester United at Old Trafford.

Championship side Preston North End host Arsenal at Deepdale. Arsenal currently hold the record for the most FA Cup wins alongside Man United.

In other fixtures, non-league team Barrow faces Rochdale at home. Rochdale are currently sitting 5th in League One, so this may be a challenging one for Barrow.

Bolton Wanderers face Premier League side Crystal Palace at the Macron. Palace are hoping for another good run in the competition, as the team made it to the final back in May against Manchester United, only to lose 2-1.

All fixtures will take place between 6 – 9 January.