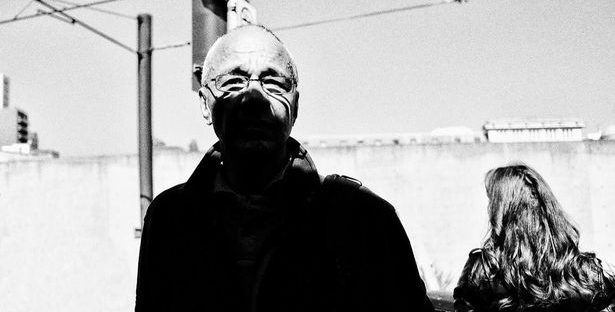 EXHIBITION: ‘Next Stop’ by Andrew McDonald

London may be the capital of the UK and Birmingham may be known as the UK’s ‘second city’. Where Paris has its romance and Amsterdam may have its art; Manchester has its people. Whether you are visiting for the first time or have lived here the whole of your life, it is recognisable that the beauty and charm that is Manchester is best captured through the essence of the Mancunian people.

One man crosses the tracks, his face concealed by the shadow of a high rise building, another looks longingly through the carriage window. An elderly lady clutches the hand rail, while another grimaces down at the daily newspaper.

These images are candid moments caught by Manchester based photographer Andrew McDonald, known on social media as @elvis_from_hell, on his commute to and from work.

His photographic documentary entitled ‘NEXT STOP’ takes the buzz of Mancunian society through the calm, or chaos, of the ever changing faces that board Manchester’s Metrolink network. Each image in the series is unlike the last, such is the ever-changing nature and diversity of Manchester.

The marvelousness of the series of photographs lies in the nature of the people who are presented. McDonald’s subjects are often unguarded allowing him to represent life in the city in a way that is real and pure. There is an intrigue to Andrew’s commuter series, and in excluding too much emotion from his characters, or masking faces completely, the images give no explanation as to the story or reality behind each individual. Instead, the characters are lost within their own thoughts.

The standout piece features a man crossing the tram track, the bottom half of his face obscured by shadow. We do not know if the man is content, exhausted, irritated. All we know, as with every other image, is that the person photographed exists within the space that they occupy and consequently suggests a story without necessarily needing to tell one.

Andrew’s work is more to do with finding an explanation of his surroundings and the ever-changing cast of characters he seems from day to day, rather than telling individual stories, suggesting that there is much more than just people to a photograph. He is capturing ‘the intersection of the present and the past,’ he says.

“I find it gritty, bleak, dark, beautiful and romantic.”

Andrew’s exhibition, NEXT STOP, runs until March 13 and is displayed for free at the Leica Store in Manchester on Police Street.