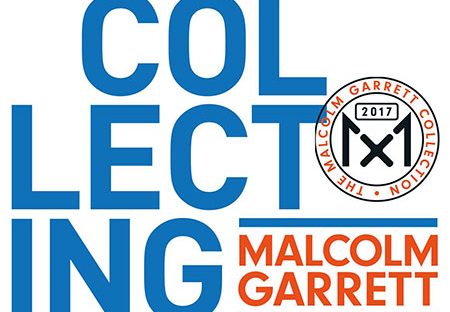 The 1970s – an unforgettable decade where change began and shaped the world we live in today. From the Sex Discrimination Act becoming active and female contraception being free to people beginning to rebel against the ‘norm’ and music becoming a huge part in inspiring and empowering society.

Taking place in the Special Collections Gallery at MMU’s All Saints Library, this exhibition is drawn from the Malcolm Garrett collection, featuring a mixture of his own work and items he has collected over the years which have inspired him and this is shown through his work which we see today.

As soon as you step into the gallery you are greeted by a range of colours and prints and it’s like you have been transported back to 1970s/80s Britain. Organised into seven themes, from ‘Clothes for Heroes’ to ‘All Tomorrow’s Parties’ to ‘New Future’ this exhibition has something for everyone, especially those who have a love for vintage collectors’ items.

Malcolm is known for working with and designing for Kraftwerk, Duran Duran and more famously when he made his breakthrough and was asked to design the cover of Orgasm Addict for the Buzzcocks while studying at Manchester School of Art. In this exhibition, we see a few of the posters he made for these bands and the futuristic design elements he created, showing that he was ahead of his time and with the items presented – especially the huge range of band t-shirts – you can see the relation and inspiration his collection had on his own work.

The exhibition includes a wide range of Vivienne Westwood designs, covering Westwood’s infamous punk era including her iconic ‘muslin’ jacket. This array of items truly brings the exhibition alive as we are greeted by designs by one of the most influential fashion designers of all time and this shows the expression of identity Malcolm envisioned through the clothes he collected.

Punk is the influence that stood out the most to me, from Westwood’s clothes to the Sex Pistol’s t-shirt and poster designs. It is clear the inspiration that Malcolm took for his own designs as a few of his posters still have elements of that ‘cut and paste’ punk look, however mixed with original and modern designs, this is what made Malcolm the well-respected graphic designer he is today.

At the end of the exhibition we are greeted by mannequins dressed in a range of outfits, a few of which are relevant to today’s fashion trends. From the tartan trousers and oversized band t-shirts to the knee length duster coat which included leopard printed lapels and cuffs, not only offering me and no doubt others the inspiration you would want from an exhibition but also giving the collection significance in today’s world.

The Malcolm Garrett Collection can be found at the Special Collections Gallery, 3rd floor of the All Saints Library and is showing until 23rd of March.