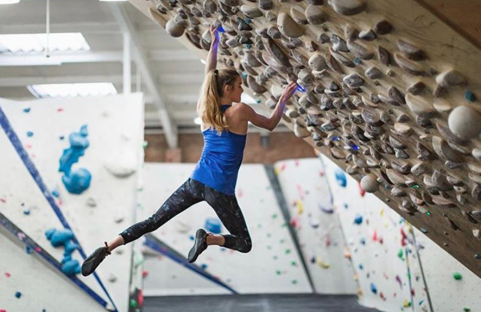 Thursday night saw MMU’s rising school of global sporting talent come together for the first time, as a new wave of elite Sports Scholars were welcomed via webinar for an exclusive introduction to life as an MMU sports scholar.

Improvise, adapt and overcome. That’s what most athletes stand by – and that’s exactly what our team and scholars did. Offering an evening of reflection – with inspiring insights into the journey ahead, the challenges they may face on their path to success and what the future may bring for themselves and the sport they love during unprecedented times for not only them but the nation as a whole throughout the ongoing COVID-19 pandemic.

MMU have awarded sports scholarships to a record number of student athletes this year, with more than 65 gifted and talented superstar students from around the world selected as part of the university’s development programme.

2020/21 will be the seventh year of the programme – which has seen just 13 athletes rise to more than 65, supporting 10 with Olympic and Paralympic experience whilst boasting six athletes at the 2018 Commonwealth Games.

Thursday’s induction leader and MMU Performance Sports Officer Callum Jones was excited about the number of high-calibre professional partnerships the university has to offer this year, alongside top-of-the-range training teams and facilities free to use for the athletes.

An integral part of a student athlete’s lifestyle, the university’s strength and conditioning team, is led by Lewis, Dan and Tommy who with help from the university work alongside the City of Manchester Women’s Aquatic team and Manchester City and United Women’s development squad, gathering an exclusive insight into training at the highest of levels.

Georgia Holt, MMU’s track cycling speedster has high praise for the scheme and its team, claiming: “Before coming to the Strength and Conditioning sessions I only had a year’s experience, I was struggling to lift and getting too many injuries.

“Lewis’ open minded approach and attention to detail has seen me go from strength to strength in the gym. From learning new movements to lifting massive PB’s which have helped me to become BUCs champion and got me a trial with the GB squad.

Georgia isn’t the only scholar given a helping hand by the hard-work put in, returning climber Hanna Slaney credits insightful, intelligent coaching and a calm environment provided with her progression physically and mentally in the sport, saying ‘I learnt the proper technique for loads of new exercises and gained strength over time.

“As someone who doesn’t feel at home in the standard gym, I found the atmosphere at Platt Lane very chilled. You’re well supported and motivated by the others athletes around you.”

Boasting a wide range of sports societies from Athletics to Lacrosse, MMU have been able to attract a plethora of overseas talent this year – such as Jordan Lombard of South Africa, former member of the prestigious Stellenbosch Academy and Rugby Union scholar studying for a Bh (Hons) Business Management degree, whilst on course for big things under MMU Rugby coach Rob Jones and the exciting partnership with Sale Sharks and the Sports team.

Earlier in the day, Rob, the university’s  Head Coach and Rugby Development Officer was in high spirits, as he spoke  to the Sports Journalism team about a number of topics, such as the new scholars welcomed and the exciting new opportunities available on campus. Rob was quick to point out how much work has been put in place. He said: “A  lot of works been going on behind the scenes to help get the scholars through the system, we have 18 new scholars, 14 men and 4 girls. It’s great, because as we’re building a reputation for what we do it’s becoming a lot easier to attract these cream of the crop athletes to become scholars.”

Amy McTeggart, a returning Scholar from Louth, Dublin is already a well established name within the MMU athletics community. 24-year old heptathlete Amy is completing a masters in human nutrition – an area of expertise that gives her the guidance she needs to maximise her potential as an athlete.

Athlete development is fundamental for MMU Sport’s department, and its clear to see drive and determination shown by the department and students is starting to show.

Amy, said she chose MMU because ‘when it came down to it, they offered an excellent masters degree’, and also credits ‘the close relationship between the student athletes at MMU’ with not only her progress, but the academy as a whole.

As the meeting came to a close, the message became clear. MMU aren’t just interested in their sports scholars as students– but people too. As the academic year unfolds, so do the stories they hold and the achievements that lie ahead. With COVID, this year’s athletes face an even bigger test – but lying in wait is the opportunity of a lifetime, and the university are prepared to do anything it takes to put their scholars on the path to success.