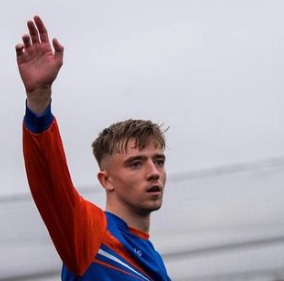 A Manchester derby was upon us at Platt Lane, when Manchester Metropolitan took on University of Salford. The first half an hour was very tight and cagey. Uni of Salford came straight out the blocks and applied pressure to Man Met.

It was back and forth with both teams playing with a point to prove, this was until Mark Faflik picked up the ball on the halfway line and releases Tom Carr who drove the ball into the box and slotted it across goal into the bottom left corner on the thirty-eighth minute.

Two minutes later, Carr won a free kick on the edge of the box. Faflik picked up the ball, claimed it as his and bent one around the wall and into the left side of the goal. Keeper had no chance.

`It was two nil at the break, MMU had six shots to Salford’s two, and possession was very much in MMU’s favour too.

The players were ready for the second half, and Man Met started fast. Only five minutes into the second half, a great ball in was whipped in by Ben Coward from a corner and was met by Tom Carr. Scoring an unlikely header and his second of the game.

MMU were three nil up now and although seemed like they were in cruise control, Salford had not given up.

A few passes in Man Met’s defensive third from Salford lead to a shot from twenty yards out, catching out keeper Prince Osei and made it three goals to one. Another lost clean sheet from MMU, coach Gareth Smith wasn’t best pleased. That frown was soon lost as Tom Carr was sent through one on one with the keeper thanks to Ben Coward, went round the keeper and celebrated another hat-trick.

With half an hour to go, the young whippet Ben Coward ran through the Salford defence at speed and into the opposition box, got taken down in the process and the referee gave a penalty. Faflik stepped up and tucked the game to bed for what seemed like a mountain too high to climb for Salford.

Salford had their tails tucked between their legs every time MMU dribbled towards their goal. The substitute Ed Bollington added his name to the score sheet for his first goal of the season, assisted by Ben Coward who picked up four assists in one game.

Salford managed to pick up another consolation goal with fifteen minutes to go after the ball was flashed across goal and poked in by their number eight.

The final whistle blew and Man Met added to their unbeaten streak this season. Onwards and upwards.

Manchester Metropolitan hosted a Manchester Derby against University of Salford at Platt Lane in a thrilling contest.