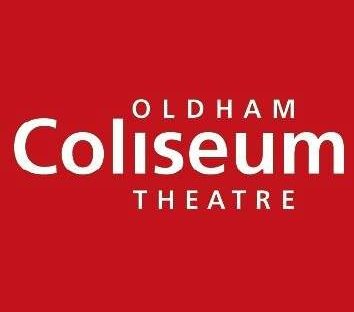 The Oldham Coliseum is one of 31 regular producing theatres in England and is the only professional producing theatre in the historic cotton-mill town of Oldham; the coliseum is a national portfolio organisation for the arts council.

The Coliseum has received a grant of £7.1 million from the Arts Council England, I spoke to David Martin from the Coliseum and he said: “The capital fund is used to build things with, it’s specifically for bricks and water, the grant for building work goes to the council.”

With this grant the coliseum will be moving into a new place to continue their work, David said: “The only place is cramped, 130 years old, leaky, every rook is a corridor – massive improvement to be moving to a new base.”

The Coliseum also receives a revenue grant in order to continue running as a theatre David informed me: “my wages come out of the revenue fund which is a mix of; ticket sales, grants, trusts and foundations, bar sales and ice cream sales – which believe it or not is quite important to us.

“Looking at the revenue pot of money which is the annual running costs of the theatre we will spend about £2 and a half million each year on running itself.

“So we need therefore every year to raise that amount of money, we are a charity we don’t actually work in a way which means we make profit, we aim in any one year to spend the money that we raise completely.

“Now that £2 and a half million, a third comes from public subsidy, arts council and local authorities and the rest of it we earn.

“Without that revenue grant from the arts council England and also the local authorities we would be running up a deficit of 800 thousand a year which would put us out of business in one year.

“We do rely on public subsidy to make the work that we make and trade as we do.”

The Coliseum works in a unique to other theatres by producing their own shows, they commission plays and employ directors, actors and scenic artists.

David said: “When you come and see a show at the coliseum it is a show you won’t see anywhere else.”

David stressed: “If our public funding was cut tomorrow I don’t think we would be in a position where we could make shows anymore, we would have to buy in shows from other producers.

“Basically our way of operating would change very, very much.”

David explains how the theatre operates differently to other theatres: “Other theatres are a receiving house so their running costs are considerable less, so whereas we employ stage managers, carpenters and peoples whose job it is specifically to make costumes because we produce work.

“In a receiving theatre they will employ enough people to run the Box-Office, the bars and they might employ a couple of technicians.

“Whereas we, we employ about 50 people, whereas other theatres may employ 20 people; their running costs on the whole are less – the way they will work is usually that someone will come in and do a show there.

“So our model is very different we produce the work, which may then go to other theatres but as a result our running costs are approximately a third greater than the money we can make by selling things.”

As the Coliseum gets the same amount of money each year and the prices they pay for things goes up each, the coliseum has to be strategic in the way they price their tickets, David informed me on how they decide on the pricing of tickets: “Partly on what we are paying already, so our experience also we do consider what people can actually afford to pay.

“For example, if we decide to put 50p on the price of every ticket, then we look of a thing called price resistance; which means we pushed it too high and people have decided that it is too expensive and they can’t come.

“It’s like a balancing act, the only way we can cover the costs going up is to increase our ticket prices slightly.

“We constantly reviewing ticket prices and at the same time encouraging more people to come.”

The Oldham Coliseum has a strong marketing system to encourage people to visit the theatre, David told me: “We have a season broacher which we produce twice a year; 50 thousand copies more or less are all distributed.

“We also have a strong web presence; we have a website that informed people of everything – at the same time allows people to buy tickets online.

“When people come to see a show we make a point to capture information about them on our Box-Office system so we know exactly who came to a show.

“We target people on what they have seen and then look at sales immediately afterwards to see if that particular activity worked; we are quite scientific in how we market the shows.”

As the Coliseum produces its own plays they have to keep adapting to the ever changing world to keep people interested and bring people back to their theatre, David described how they do this: “We commission plays so basically, we will keep an idea of what is of interest to people at any particular time – we will then commission writers to write plays about those specific issues.

“One of the commissions we are working up at the minute is a reflection on how people are living now – when there is less money about than there was 10 years ago.

“The reason it’s a musical; we don’t want it to be miserable and horrible, we want it to make people think what’s going on around them; reflect what people experience around them but still give them a good night.

“We constantly reflect on whose been to see what we’ve done so they have an opportunity to comment about stuff when they’re here, so we try to build up a picture of what people think people would like to see and programme accordingly.”

David also revealed his opinions on casting people in their plays: “What seems to have developed is like a critical mass of people who live and work in the North and we tend to support that critical mass because there are some extremely good actors living locally.

“If they live up here they can work at five theatres in Manchester; us, HOME, Bolton Octagon, Royal Exchange and Contacts.

“We don’t limit ourselves exclusively to people that live and work in or near Manchester – our Panto Dame that has worked with us for six years lives in the middle of Lincolnshire.

“On the whole we find we don’t have any real difficulty casting quality actors into our work, because there is enough people living around here to make that possible.

“Basically we will cast people with talent, we find people want to come and work with us, so we don’t have a problem really.”

David continued to tell me about whether he finds that less people visit the theatre now: “On the whole if people have a slight reduction in money in their pocket the last thing they want to do is stop all those things in their lives they enjoy doing.

“What we found is we will get a 100 thousand visits in a good year.”

The Coliseum will continue to work in the way they work, providing entertainment to people by commissioning plays to what people desire.

The future is bright for the Coliseum and they are hopeful that people will still be visiting the theatre in years to come.

The Coliseum is always looking for people to support them in any way, if you can support them please visit their website: http://www.coliseum.org.uk/

You can find them at: Fairbottom St, Oldham OL1 3SW

Coliseum productions on throughout the year include: