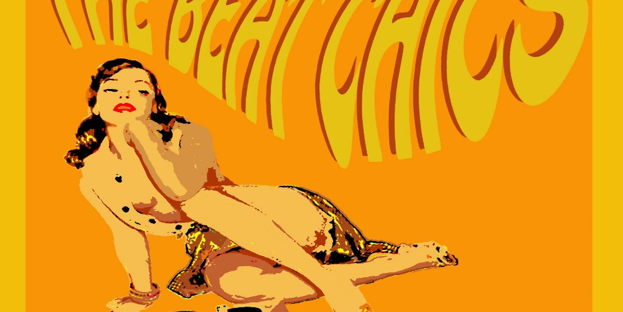 Modern art is a term loosely thrown around banded between different styles, tastes and forms. However, the nature of modern artist itself is constantly changing and evolving, in a city like Manchester, often a creative hub for artists and performers it’s often difficult to raise your head above the noise. But for 23-year-old Artist Natalie Wardle, she has gained notoriety across the cities art and music scene with a host of projects, exhibitions and even her own club night.

Despite being only 23 with a full career ahead of her, Natalie has an impressive collection of work to rival any creative. Since arriving in the city aged 18, she’s gone from strength to strength producing some of the most forward thinking pieces seen in the art community. Addressing a range of social issues and ideas.

One of her primary focuses has been her club night, The Beat Chics. Since early 2016 the rise of The Beat Chics has been well documented and now finds itself hosting regular events across the city. Taking up residency at Northern Quarter stalwart Night & Day Café on the first Friday of the month, with standalone gigs in Birmingham and Leeds, and a set at the coveted Confessional Festival in Blackburn. They have been going from strength to strength along with the brand.

"It’s a whirlwind if I’m honest, juggling real life and doing all this, but it’s always been worth it." Natalie said.

"When you’ve got all these things going on and lots to sort out, it’s hard to motivate yourself to go to work Monday to Friday.

"A lot of my art does tend to revolve around women and it’s important, and with The Beat Chics, we started that with the intention of playing records we love and pushing women to the forefront of that. There is a huge number of males DJ’s in this city and it’s important to push more women to the forefront, no matter what genre it is. And I think my art work reflects that as well, especially most recent work."

The Beat Chics delivers a mix of 60s girl groups, psychedelic garage and vintage classics. Natalie is currently the main resident DJ and prides herself on her vast record collection, which has grown and developed over years of collecting.

‘I think the art of records really is at the core of our night and revolving everything around the records we play is key to building a project that people could really get behind. Sometimes I think we don’t see enough vinyl in club nights with our kind of music. It’s prevalent in other genres but we wanted to really bring that 60s sound to life and I think the only way to stay true to that was by playing records on vinyl. You can’t really play 60s tunes on a USB stick and get your target audience to believe in what you’re doing.’

‘We started thinking of the idea for it right at the start of 2016, I’d wanted to do a club night for such a long time and I’ve always loved 60s music. Some of my friends had club nights, and I just thought to myself, I can definitely do that! And that’s always been the approach really, whether it's music or art. We have always been brash and unapologetic about that.’

"I started it with my friend Emma, we both share that drive for it and it was great starting something like that with your pal. She’s recently gone travelling in India so I’m holding down the fort for now until she is back, it’s definitely harder to do it on your own but I try and think of it in a similar way to my art and do it like that. Also I can play whatever tune I want now without having to shout it in her ear before I do, so it has its benefits."

It’s not just The Beat Chics that has taken Natalie’s work further than the M62, her work as an artist has given her the opportunity to present her work further afield, both nationally and internationally. Art residencies have sprung up all over the UK, with pop-ups in London, Leeds and even Dundee. In August 2016 Natalie’s work was in residency in Canada for 4 weeks, amongst a range of different artists from a wide variety of background.

"Well it was kind of a nudist art camp really…" Natalie Remarked.

"I had this work called Control Pants that had been running in Manchester for a while, I’d done so much with it and produced a few separate bits of work to run alongside it. I made videos and still images aswell, the primary focus of it was too really highlight body expectations in women and it’s something that I’ve felt really passionate about for a long time.

"I had the offer to head over to Canada and show my work there which was a great experience and helped me grow as an artist a lot. Meeting people from across the world and sharing ideas was invaluable, I would recommend any young artist to do something like that.

"It gave me a completely new perspective on art as a whole that I don’t think I could have got in Manchester, sometimes it’s easy to fall into a bit of a creative bubble. And going to Canada really got me out of that."

With plans to carry on working on new projects over the coming months, Natalie keeps pushing more recognition and notoriety in the art and music, and just keeps getting more. After exhibiting recently at Nexus Art Café in Northern Quarter she expects to launch more and exhibitions. The Beat Chics also returns on April 7th.