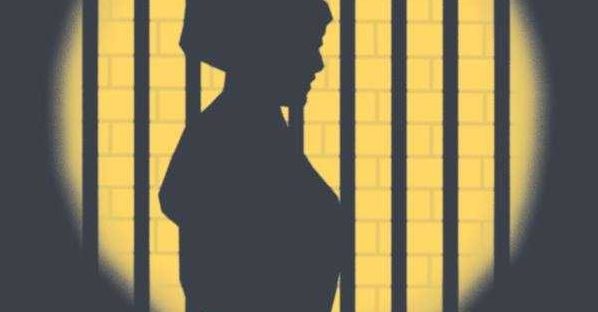 A creative group of Actors, Directors and Producers: The story of Manchester ADP

Acting. The ability to captivate an audience, placing them in the palm of your hand by performing an individual interpretation of a character, can be defined as art.

A group of local creatives in Manchester are certainly hitting that nail on the head. Manchester Actors Directors and Producers (Manchester ADP) is a strong community of acting professionals who work together to stage ‘Scripts Aloud’, which is a monthly script-in-hand reading event at The King’s Arms in Salford.

Alongside their scripting events, Manchester ADP have also been working towards their first show, Finding Alice – but we’ll come to that later on.

‘Scripts Aloud’ sees the artistic group perform their own interpretation of new scripts that are submitted by aspiring script writers on a regular basis. They study the new script submissions and come together on the last Sunday of each month to rehearse them before performing to hundreds the subsequent week.

Manchester has always been a region of art and creativity, with impressive theatres such as The Palace Theatre, The Lowry and Bridgewater Hall. The region is also home to plentiful acting groups; Manchester School of Acting, ActUpNorth, and Manchester Hub Drama to name a few.

Hoping to further that art and creativity, Manchester ADP proactively encourage regular new writing submissions from upcoming writers across their social media and website. They then perform the fresh scripts and receive live feedback from audiences.

Diana Atkins founded the group in 2015 after moving from London to Manchester. Her aim was to discover another group similar to a network she was involved with in London. However, after searching around, Diana was dissatisfied to find that there was nothing quite like it in the North.

Atkins proceeded to post messages out on the Manchester Independent Theatre Network’s social media accounts, such as Facebook, in order to seek out expressions of interest. Her post was inundated with responses, with different varieties of creative people looking to get involved.

Local creative, Hannah Ellis Ryan, also got in touch with Atkins, offering to help in terms of producing. From there, Manchester ADP was formed, and the group started to manage ‘Scripts Aloud’ events at The King’s Arms, in Salford.

Now the group now consists of around 200 professional actors, along with a combined network of over 400 creatives in Manchester. And they’ve just held their first full-length production – Finding Alice.

Manchester ADP is able to continue due to numerous sponsors, including the Oldham Coliseum Theatre, the University of Salford, 5 Two, C.N, NR Voice, Studio Salford and Manchester Actors’ Platform.

Diana Atkins believes the group is going from strength to strength, saying:

“We’re a grassroots community that has surprised us in terms of the explosion of interest and members, so we think Manchester ADP is meeting a need..”

After years of researching and refining the story, local playwright Emma Hind submitted the Finding Alice script to Manchester ADP in September 2016, and it wasn’t long until the premiere was funded by Arts Council England.

The Arts Council invest money from Government and the National Lottery to support arts and culture across England. Finding Alice is one of their many projects, with others including Northern Ballet’s Short Ballets, Borderlines Programme and Breakin’ Outwards Dance Theatre.

Held at the repertory Oldham Coliseum Theatre, there was a spectacular buzz in the air with anticipation for Finding Alice to start. Excitement filled the theatre, with all 50 seats occupied, as did the knowledge that something unique and stimulating was about to take place.

Suddenly, the room went black. One spotlight exposed the stage. We were about to find Alice.

Their crime? Being part of the illicit spy network run by the elusive Alice Dubois, whom Himmel is desperate to catch. The show exposes the lengths Himmel will go to in order to find Alice and what measures the inmates will take to protect themselves.

Each individual gave an exceptional performance.

The three cell mates adapted to their characters magnificently. Atkins, Maguire and Procter convincingly portrayed the close relationships their characters had formed with each other whilst locked up and fighting for their country; as they delivered scenes of emotional despair, laughter and loyalty.

The cast were confidently able to look audience members in their eyes as line after line was delivered with a punch.

Oates superbly played the violent, intimidating officer, as he owned the stage and delivered his lines in a loud, frightening manner whilst deliberately enforcing his characters power over other cast members. Audience members were forced to the edge of their seats as all characters gave such a realistic, dramatic performance, it was like the entire room was in the scenes with them.

“I found the show captivating because it was based on true events, making it more realistic. You could put yourself in position of the characters.

“I’ve been to Scripts Aloud a few times having loved acting since a young age and the script readings means people can put themselves in the shoes of the Manchester ADP characters.”

Produced by Hannah Ellis Ryan, and directed by Charlie Mortimer, Finding Alice had been in the works for two years ever since Emma Hinds’ submission.

Hannah Ellis Ryan believes there is a team effort involved when putting on performances, saying:

“We are lucky to receive truly brilliant scripts at Manchester ADP. But it’s all about development, giving advice, asking questions, helping these scripts to progress. Finding Alice came to us, and watching that reading, I felt I was watching a well-established play.

“The work and time Emma has put into the piece is clear. It’s true, raw, rich and educational. The entire audience were captivated and I’m so proud to help this piece reach a larger audience.”

The show even branched out of Manchester and was held at Preston’s Crossgate Church, where the venue had just been taken over, leading Manchester ADP to build their own bar.

Diana Atkins believes that Finding Alice is the best script Manchester ADP has worked with since it began, saying:

“We think it’s pretty exciting, but we might be biased!

“The story champions forgetton female heroes of World War One, which is important to us as we’re committed to having balanced casts in terms of the underrepresentation of women in the industry.

“It’s the best script we’ve had out of 285 submitted to us in our two years of operating. We were sold out at the Lowry, and held shows at Oldham Coliseum, Widnes and Preston, with the latter being community venues where we wanted to spread the word about what Manchester ADP does and how people can get involved.

“A lot of writers and actors have asked how work and scripts can be taken forward and through this endeavour we hope to be able to show people how.”

Following the success of Finding Alice, Manchester ADP are now working towards two new full productions per year. Currently searching for the next script to take forward, it is eager to expand its network including more experienced writers as well as emerging writers.

With acting being a huge part of Manchester’s creative scene, Manchester ADP is achieving its aim as a successful, local script writing group that continues to grow from strength to strength, with Finding Alice being a perfect example.

Hopefully the next generation of aspiring creatives will continue to enhance the regions art and creativity. Manchester ADP would certainly be a worthy place for them to start.