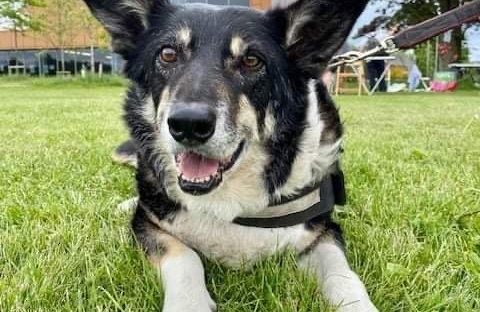 Dog owners are furious about new rules which could see them banned from walking their pets on playing fields in Whalley Range.

New dog control orders would limit dog walking on Hough End playing fields as well as at other sites across the city.

Current rules state that dogs are allowed on playing fields when not in use for football or rugby, or other sports.

But this could change to a complete ban on dog walking on playing fields under what is known as a public spaces protection order.

Residents have had an opportunity to voice their opinions through a consultation – which is now closed – but it’s claimed many were unaware of the changes.

Peter Lythgoe, 63, and his rescue collie Archie are regulars at Hough End fields and are worried that they will not be able to enjoy their walks there for much longer.

Peter said: “The first place I took him when I brought him back from the rescue centre was Hough End field, before I even brought him through the front door.

Peter has been raising awareness about the consultation on the Save Hough End Fields Facebook page, which was set up to protest against expansion of the leisure centre.

“There are two fields currently,” said Peter. “There are two Gaelic football pitches on the north field which take up most of the space except for a strip.

“There are 22 football pitches near the leisure centre which take up about 60% of the area.

“The thing is, for the last three years the council has banned dogs walking through cemeteries even on leads, but they are lifting that and bringing in the Hough End bans.

“The problem with Hough End is that they said that they weren’t going to change the rules on dog walking, but after the elections they introduce this consultation.”

“When I’m walking my dog I let other dog walkers know and no one that I have spoken to has any idea until I tell them.

“The questionnaire does have a box to express your opinion but I’m only one person.

“I think it’s another example of the council trying to sneak one through by hiding this questionnaire but I ended up finding it.”

The consultation ran until 17 June. The orders affect a total of 98 sites across Manchester, from Alexandra park in Whalley Range to Wythenshawe park and  affects everything from children’s play areas to cricket pitches and tennis courts.

Peter said: “I will find out when the signs that say what the rules are have changed, like last time.

“Most people have already done this and will think that they have permission to walk their dogs around Hough Field.”

A Manchester city council spokesperson said: “We held a consultation regarding dog control arrangements across the city, including Hough End playing fields, which ended on 16 June. We are reviewing the answers and the feedback, which will help the council reach a decision regarding this issue.”

The council says that dog are currently not allowed on Hough End and that any order will simly reaffirm this.