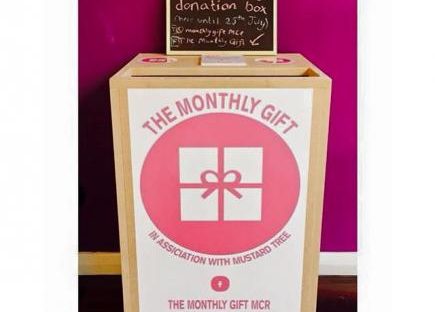 Girls from low income families in the north of England are forced to miss school once-a-month because they can’t afford sanitary protection, charities are warning.

Charities such as Bloody Good Period, usually accessed by refugees and asylum seekers are now targeting girls in England who are being forced to miss school during their periods.

Alice Walker-Mitchell from the charity says: “The charity was set up when our founder Gabby Edlin noticed that very few asylum seeker drop-ins and food banks were supplying menstrual products.

“It’s grown from a quick whip round on Facebook to an organisation which sustainably supplies 16 drop-ins every month.”

The problem has become so widespread that foodbanks around the UK have begun offering free tampons and pads. TheMonthlyGiftMCR is a Manchester-based campaign group aiming to increase the accessibility of menstrual products to people experiencing poverty.

Christina Ward, 22, pulled together businesses around Manchester when she started the project aiming to raise awareness and increase donations.

The charities were called in by teachers in the north of England after they discovered that some girls were missing up to one week-a-month because they could not afford sanitary products.

Charities and teachers are now tackling the stigma surrounding menstruation so that young girls feel that they can ask for help.

Alice, from Bloody Good Period, said: “In terms of stigma, more conversations in the media need to happen where periods are casually mentioned. We’re hoping to release a podcast later this year to discuss some of the ‘taboos’ when it comes to periods”

One teacher in Manchester, who asked to remain anonymous, said: “Some girls have been relying on us to provide them with tampons and when I started asking questions it was obvious the reason behind this was money problems.

“Girls are often too embarrassed to ask their parents for period products and in worst case scenarios have had to use makeshift pads or skipped school altogether.”

Tina Leslie, of Freedom4Girls, which provide products to women in Kenya has now launched a crowdfunding page to raise money for a nationwide study into the scale of the issue in the UK.