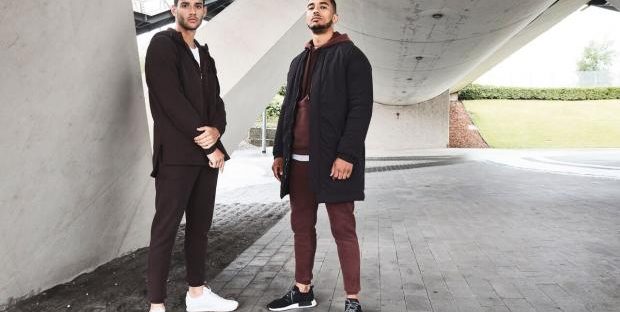 The label is a premium lifestyle brand which specialises in exceptional quality fabrics that are sourced from Portugal. The pieces are especially popular among celebrity culture with the likes of Tom Hardy, David DeGea and Russell Howard, sporting D/L.

Having been stocked on ASOS and Urban Outfitters and reaching more than 40,000 followers on Facebook, Dead Legacy is growing from strength to strength.

The event at Neighbourhood bar was designed to suit the personality of the collection with the pop culture décor and fluorescent pink quotes mirroring the modern and on-trend aesthetic.

Upon arrival, we were welcomed with drinks, canapes and live entertainment from singer Dean Mac, who covered popular songs from artists such as Bruno Mars and TLC – keeping the attendees lively and in high spirits.

Among the owners of the brand, Julie and James Featherstone, were several public figures, and socialites including Hollyoaks actress Nicki Sanderson and Big Brother winner Isabelle Warburton.

The night officially started with an opening speech from James thanking everyone for supporting their movement, saying: “We’re here to change and disrupt the fashion industry.”

We’re here to change and disrupt the fashion industry.

A neutral colour palette dominated the catwalk sporting autumnal vibes, with the first pieces being predominantly two-piece tracksuits in a range of grey, burgundy and black.  This was soon followed by versatile suede bomber jackets in a hue of pink and burgundy – pieces that will surpass autumn/winter, and transition nicely into other seasons.

The bomber jackets were a portrayal of the brand’s individual style, which is promoted throughout.

Graphic tees were also focal to the collection, taking inspiration from the likes of Yeezy and Gucci.

Two of the models were cast by Manchester-based agency, Nemesis. They captivated the lifestyle brand to a tee, executing the runway with charisma and personality that convey the Dead Legacy persona.

The night as a whole was organised very well and a great success. Attention to detail was key – whether it was the iconic motifs in the collection, the catwalk music selection or Neighbourhood being selected as the host. The celebrations continued with an exclusive after-party that followed – the drinks kept flowing and the Northern spirit carried on into the early hours of the morning!