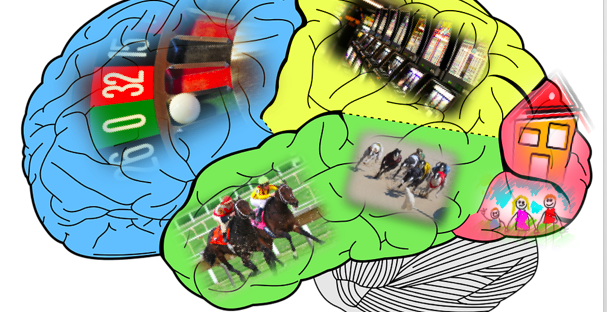 As far as scientists know, the earliest instance of gambling in our society has been dated to roughly 3000BC, and has been prevelant throughout all of history.

Naturally, it was seen as a form of enjoyment by the richest side of modern history, with punters betting on sporting events such as horse and dog racing, football and fighting. However, due to the full legalistation of gambling in the United States in Nevada, 1931, and the lagalistion of high street betting shops in England 30 years later, gambling has become more available for anyone of any race, wealth, gender and so on.

Problem gambling, or ludomania, is commonly defined as an urge to consistently gamble and interferes in everday life. With the introduction to online gambling sites which can be used on the go on mobile and tablets, with contributed to 33% of the UKs gambling revenue generating a gross yeild of £4.5 billion between 2015-2016, according to gambling commission statistics.

In 2016, a survey found that 62% of adults would call themselves a regular gambler, however, only 1% would class themselves as being a problem gambler.

We hope to break down the stigma attached to problem gambling and raise awareness and hope to assess why some people develop ludomania, and what is being done to help.