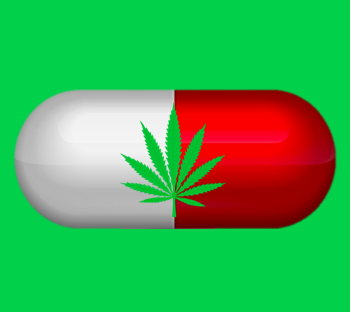 Campaign launched to raise awareness of the benefits of medical marijuana

Cannabis is the controversial drug on everyone’s mind following its legalisation in Canada and the introduction of its medical status in the UK in 2018.

The classification of Marijuana as a class ‘B’ illegal drug has resulted a stigma surrounding the ‘taboo’ substance. However, before we simply dismiss cannabis as a damaging prohibited drug, we must stop to consider the life-changing medicinal possibilities.

The benefits can be unbelievable, truly improving the quality of people’s lives. My gran suffers from severe Osteoarthritis, a disease that creates pain and stiffness in your joints and affects over 10 million people in the UK. Many days, she would be confined to bed unable to complete daily tasks due to constant, crippling pain. Medical Marijuana changed her life.

The world needs more information on this taboo topic. Frustratingly, research into these healing properties are restricted due to the drug’s ‘illegal’ label, and limited backing.

Thankfully, 2018 seems to be the year of change as the NHS makes medical marijuana available on prescription as of the 1st November. Medical Marijuana should be accessible in all countries around the world, as the benefits of these revolutionary products can have life-altering benefits. This campaign is about shedding light on medical marijuana products, in order to convert mind-sets, and raise awareness of the therapeutic benefits.

Who cares if it’s an illegal drug? These products are prescribed by doctors, are safe, and legal – so it’s time medical marijuana receives the support it deserves.