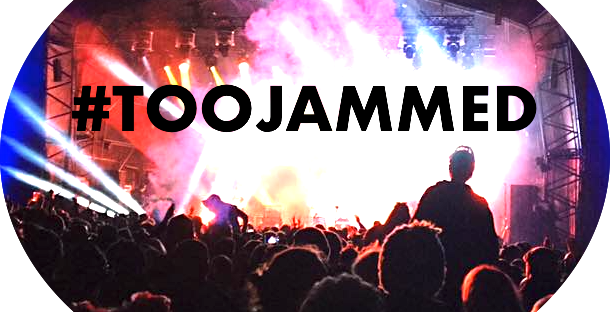 Jessica Devine, an MMU student, has launched the #TooJammed campaign which is attempting to put an end to the overselling of gig/festival tickets and to make them a safer and more enjoyable experience.

A lot of gig venues and festivals (particularly independent day festivals) are always criticised for overselling tickets and packing out their venues, making it an unenjoyable experience for ticket holders.

Gigs are supposed to be the most enjoyable experience for fans, jumping around and singing along to your favourite bands should be easy and fun without any other concern, especially when you have paid for the ticket.

However, as gigs and festivals are becoming more popular with 30.9million people in the UK attending them in 2016, a 12% increase from the previous year, we need to make sure that these events remain safe with proper planning from the event’s organisers and venues.

Not only are people from the UK attending our gigs and festivals, but last year the UK welcomed an extra 823,000 music fans from all over, visiting especially for our live music scene, giving us even more reason to fix the overselling problem.

Through Too Jammed we are hoping to encourage venues and organisers to understand the problem and to stick to the venue capacity.

Help us put an end to this by following our campaign: