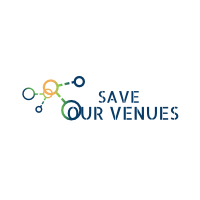 A new campaign has been launched to combat the worrying trend of live music venues and clubs closing down across the UK.

‘Save our Venues’ is a grassroots campaign that aims to raise awareness for independent music space and protect them from closure.

With high profile cases currently in the media about London club fabric, the time is now says the campaign to take action before we lose some of our favourite clubs. As we have done already in many areas of the UK.

Threats by local government, economic hardship and changing consumer tastes often are the roots causes of venue closure. Whilst changes in consumer culture can’t be helped, blatant licensing bias against independent venues is a huge problem in almost every part of the UK.

Without independent venues and clubs some of our favourite artists and performers wouldn’t be around today. They play a big role in the economy both locally and nationally, with some venues and clubs attracting punters from across the UK and even Europe.

But they’re closing at an increasingly alarming rate, with almost 50% of venues in past 5 years have closed down in London alone. Nationally these figures keep increasing, we saw and heard a lot regarding the fabric dispute this Autumn but this is a common and alarming situation for independent venues here all year round. and there doesn’t seem to be an end to it. The only way to begin to protect them is by raising awareness and putting all venues into public consciousness.

You can follow updates on the Save our Venues blog