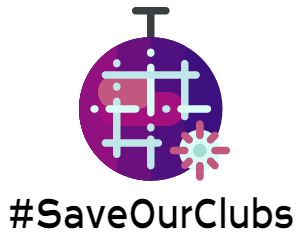 140 clubs and music venues in Manchester surrendered their alcohol licences in the last six years.

After the closer of famous London superclub Fabric in September after two young men died at the club; the decline of the UK’s club scene became national news.

The Save Our Clubs campaign aims to highlight this issue and encourage people to support their local nightlife. It is led by Tiffany Cook who spoke to Amish Patel, the landlord for Baroque club in Northampton, he told her “going out is part of unwinding after a long week of work, where you get to be social and see your friends”.

The campaign explores the main reasons why clubs have had to close down, concerns about drugs and the rent and rates club owners have to pay are large contributors.

A freedom of information request made by the Northern Quota for Manchester City Council has revealed that 140 clubs and music venues surrendered their alcohol licences in the last six years. The main reason for this was due to the premises being sold.

Mr Patel said “it’s the rent and rates that kill people”, this suggests that the high cost of running a club even on just two nights a week can be very difficult.

Although, it is possible to support a club enough to save it. After several court hearings Fabric London is set to reopen in January after settling on revised licencing agreements with Islington Council outside of court.

To find out why clubs are closing and support the campaign please go to the website.