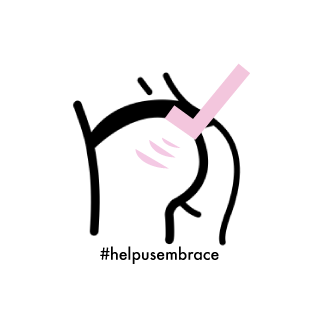 -NQ reporter Simone Richardson aims to encourage online retailers to stop airbrushing their model’s natural flaws, and instead empower women and their beauty.

It is said that a leading factor of anorexia is the effects of digitally enhanced images of models on both social media and the websites of online retailers. Yes, we should all aspire to be successful but we should not beat ourselves up about looking a certain way, especially when what we are seeing is not real.

Most online retailers airbrush their model’s natural flaws such as stretch marks and acne scars, as an attempt to create a ‘perfect’ image to drive sales. But why does ‘perfecting’ the body of the person wearing the clothing, make the clothing more appealing? Reality is, it doesn’t.

In a recent survey we carried out, we found that all females who took part were more likely to buy an item of clothing when the image shown was clearly unedited. Not only was this due to the fact that an unedited image meant the item was more likely to match the one shown on the site, but also because they felt a sense of empowerment seeing other girls having the same ‘imperfections’ as their own.

As of October 1 2017, France implemented a decree stating that any commercial photographs of models whose body appearance has been modified by image processing software, must accompany the words “Retouched photograph.” This decree has been emplaced as an attempt to diminish the current spike of anorexia-sufferers in France, and with it comes a failure to comply fine of €37,500.

With the UK currently estimated to have over 1.6 million directly affected by eating disorders, it is clear that something significant needs to be done. Whether this is to follow France in their pact to reassure people that what they are seeing is fake, or whether to stop using Photoshop altogether, #HELPUSEMBRACE aim to encourage both of these movements.

Leading retailer, ASOS, have been the subject of many articles over the summer due to the lack of edited images displayed on their website. The images show models with stretch marks, acne scars and plus size figures which present a positive body-confident feel for shoppers. The feedback ASOS have received through Twitter goes to show just how much edited images can affect the everyday person.

@AishaBurwell: The reassurance of shopping on @ASOS and seeing the models with stretch marks! Makes me feel better about mine 🙂

@justplamedie: ASOS doesn’t know how much it means to an insecure girl like me that they haven’t edited out the models’ stretch marks

@sharonfkay: Real women have curves and stretch marks. Thank you @ASOS for never shying away from representing the everyday woman.

@el_kirsop: I actually feel human seeing the models on asos have stretch marks, love it

The #HELPUSEMBRACE campaign intend to get other online retailers on board with ASOS, to tackle issues regarding body image and empower our natural skin.