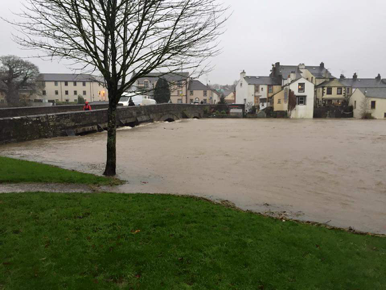 12 months ago, Storm Desmond devastated a large area of Cumbria and many of the local businesses and communities affected still have not yet fully recovered.

Cumbria heavily relies on the tourism industry for revenue, with an estimated £2.62 billion generated in the local area through visitor expenditure last year. In the 12 months since the floods tourism in the area has seen a sharp decline, with many people seemingly hesitant to visit the region in case of further flooding.

After speaking with local residents, it became apparent just how heavily the region relies on the tourism industry, as well as low paying factory work in order to generate revenue. With factories closing for extended periods of time and tourism in the region on the decline, it is clear that more needs to be done to support those effected.

The government recently pledging an extra £33 million to fund schemes in some of the worst hit areas. While a promising step in the right direction, more still needs to be done to improve the regions flood defences and help those still feeling the aftereffects.

The best way to support communities still effected is simply to visit the region and support local businesses. #KeepCumbriaAfloat