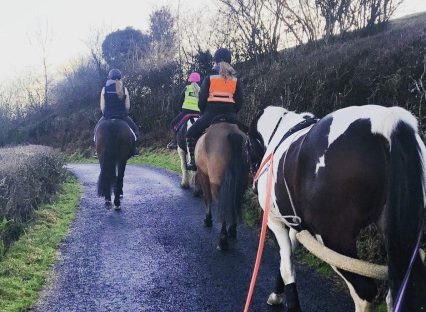 Calls for speed limits on country roads to be reduced

The majority of country roads in the UK have a national speed limit of 60mph. Although, because of the design and condition of these roads, 60mph is rarely a safe speed to travel.

The Slow Down For Horses campaign aims to reduce the national speed limit on rural roads with frequent equestrian activity to 30mph.

This will help to reduce the amount of accidents caused by motorists driving too fast when approaching a horse and rider.

The British Horse Society have had more than 2,000 road safety incidents reported to them in the last two years, this includes the death of three riders and more than 20 horses.

Horse riders form a big group of vulnerable road users. Although there are 1.3 million horses being ridden regularly, they are often not given a second thought in the minds of drivers.

Alan Hiscox, director of safety at the BHS, spoke to the Slow Down For Horses campaign he said:

“We are doing our best to reduce the numbers of incidents involving riders and horses on the road, but as there has been a 30% increase in incidents in the last year, something more should be done.

“UK roads are definitely getting busier and I don’t think drivers understand the impact they can have on someone’s life.

“We have launched our own virtual reality video online which shows how to pass a horse safely and the consequences if you don’t.

“I am completely on board with the Slow Down For Horses campaign. Going 60mph on rural roads can be extremely dangerous and 80% of accidents reported to us occurred because the driver was approaching the horse and rider at a high speed.

The British Horse Society supports efforts to reduce the speed limit to 30mph on rural roads and is in favour of our campaign to #Slowdownforhorses.

To get on board with our campaign and  perhaps lend us a helping hand, too, please sign our petition.

Let’s make a change and spread the word that #60mphkills