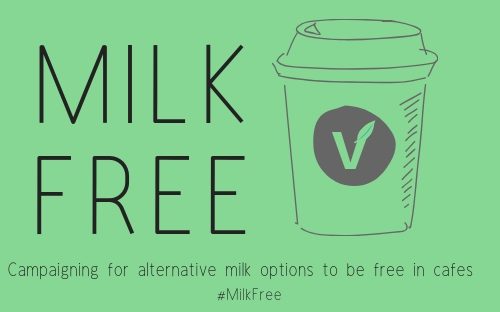 Are plant-based milks more popular than you think?

It is not unknown that plant-based milks have had a huge increase in sales in the last couple of years. In fact, according to market research from Mintel, sales soared by 30% between 2015 and 2017 and are clearly still rapidly growing.

In 2017, the sales of plant-based milk reached £367 million with almond milk being a market leader. Another source, Wired, says in every three pints sold, two are almond milk products, making the milk a clear popular choice.

There have been questions about this trend and where its sudden incline came from but as claimed by another study, 46% of young people felt the current food system is inconsiderately harsh on the plant, thus guiding them to plant-based alternatives.

Despite the immense growth, coffee shops continue to charge an extra 40p for an alternative dairy-free milk. These milks being either Oat, Almond, Coconut and even rice-coconut. Plant-based milks have never been so popular in the UK so it is a perfect time to promote drinking the healthier alternative.

After speaking to regular coffee shop goers, it was evident that people won’t choose a dairy-free alternative because of the extra charge. Psychology student Ebony Julienne admitted: “I like most of the dairy-free milks, mostly rice milk, but why would I pay an extra 40p every time I buy a coffee when I can just get cow’s milk for free?”. Many people agreed that they would be more likely to opt for the alternative if they were offered for free.