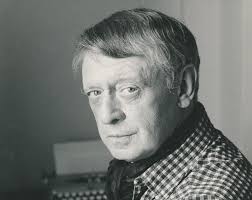 The International Anthony Burgess foundation is exploring the private legacy of renowned Manchester writer with a new online audio exhibit.

Andrew Biswell, professor of modern literature at Man Met and Anthony Burgess biographer, said “The audio archive consists of more than 1000 hours of audio cassettes and reel-to-reel tapes. Many of these recordings were made by Liana Burgess, Anthony’s second wife, who was also his agent and Italian translator. From the 1970s to the 1990s.”

The extensive archive provides an intimate delve into Burgess work and life which has previously been inaccessible to the public.

Andrew said: “The exhibition shows us that there is much more to Anthony Burgess than A Clockwork Orange (which remains his best-known work).

“He was one of the first literary writers who embraced the mass media of radio and television. Theatre was in his blood — both of his parents had worked in the old Manchester music-halls — and he was a natural performer.”

Liana Burgess, Burgess’s wife, created the foundation in 2003 to share his unheard work with others, with the majority of the archive coming from her personal collection of recordings

Andrew added: “The response since we launched the audio exhibition has been very positive. Existing fans have been pleased to find out more about Burgess, but we have seen engagement from many other people who had no previous knowledge of the man or his work.

“In terms of audience numbers, this is proving to be our most successful online exhibition so far.”