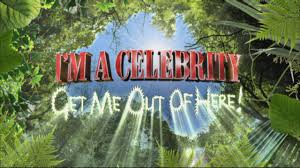 Adam Thomas’ journey in the jungle so far

It’s that time of year again, ITV’s long-running I’m a Celebrity has taken over our screens once again. The concept for this show is simple: 12 contestants live together in a jungle in Australia for up to 3 weeks. Throughout these 3 weeks, the public vote for who they want to do the bushtucker trial which consists of dealing with any creepy creatures, animals testicles, and other disgusting tests of courage (or idiocy!), with the most interesting element being when the public get to choose which celeb will be booted from the camp.

The candidates this year are among the usual D list celebrities, however, the big one out of the dozen is definitely Carol Vorderman who is famously known for her time on Countdown and her hugely long list of TV appearances.

Adam Thomas, of Emmerdale fame, is also one of the contestants, and the only one born in Manchester, flying the Mancunian flag high! At 28 years old, he is a popular hit with the ladies for his hair and his physique.

So far Adam has stood out in the jungle, his personality is quite outgoing and he seems a funny lad. On the first day, he surprised many by quickly smashing off  the Death Defying Plank challenge. It definitely looked like he was a brave, masculine man. He is definitely a people’s person as he gets on very well with everyone in camp, in particularly Larry and Joel. His bromance with Joel is looking to blossom in the upcoming days which is quite amusing as they have two opposite personalities but I still feel like there’s more to Adam that we haven’t seen yet so he needs more air time to open up more about his life.

After a few days in the jungle him, as well as 3 other celebrity contestants Jordan, Joel and Wayne were voted by the public to participate in a bushtucker trial called Stranded where Adam’s fear of spiders was hugely portrayed in the programme. His constant screaming and breathing was intense. It showed a vulnerability within him, showing that displaying fear is definitely not a weakness, making the audience warm up to him.

Hopefully, in the upcoming days, Adam will get more of a chance to do the Bush Tucker Trial so he can shine on his own, as he hasn’t had the chance to.