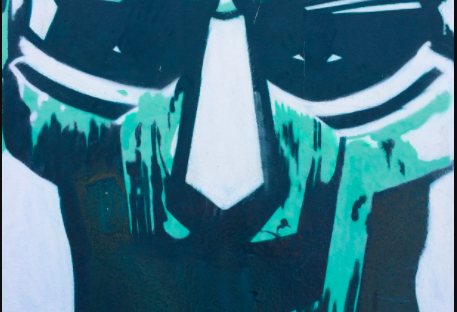 The Abstract Orchestra is a 16-piece all-star hip hop big band. The band has its original roots in Leeds, with influences from live performances of major hip hop acts like Jay Z, Kanye West and The Roots.

Their recent run of shows has seen them collaborating with critically acclaimed hip hop duo MF DOOM and Madlib known as Madvillain, both regarded as hip hop pioneers throughout the 2000s, by covering their first studio album Madvillainy front to back.

It was hard to contain the energy filling Manchester’s soon to be demolished Sound Control main stage, as the crowd eagerly watched the stage hands fill the stage with a variety of brass and silver instruments. Waiting for their masters to play them.

As the lights dimmed, a calm yet eerie deep blue light filled the stage. Slowly, blacked out silhouettes poured out across the stage behind their respective stands as the whole room echoed with roars from eager Madvillain enthusiasts.

As the roars died, the composer kept the crowd in suspense, slowly easing the bands way into the introductory interlude ‘The Illest Villains’. The tension in the crowd was something which I had never experienced. So many different people from all various age groups, all simultaneously waiting for the same thing. The stage went black. And then it came.

The sweet melodies of violins and cellos made their way across the room to a crowd full of awe struck Madvilliany fans as they heard the bands well-constructed cover of Madvillians ‘Accordian’. With fans singing along with the lyric-less instrumentals of the Abstract Orchestra. Accompanying the band were two enthusiastic MCs who engaged the crowd in sing-alongs to iconic lyrics in the songs, which kept the audience involved, and gave a wider family appeal to the diverse crowd of MF DOOM, Madlib and Abstract Orchestra fans alike.

As the night went on, and drinks were flowing, the band took to their own renditions of other loved classics from MF DOOM and Madlib alike, which created a creative interpretation of the album, rather than just a reproduction of the album itself, which showed a grand display of talent of the players in terms of improvisation and skill to match the raw, dark and hard hitting bass which hip hop has to offer.

It was clear to see the excitement and enthusiasm expressed by everyone in the crowd when they played fan favourites from the album such as the bass heavy ‘America’s Most Blunted’, ‘Figaro’ and the melodically genius of ‘All Caps’ which created a great sense of unity through music which they may not have necessarily been interested in before.

The absence of a constant front man however was a shame, but it would be difficult to imitate the sheer brilliance of MF DOOM, with his unorthodox flow topping off the musical masterpieces created by Madlib.

The combination of classical music and urban hip hop was powerful enough to unite a whole crowd varying in many different ways and for £13 to experience this unbelievably great atmosphere is an absolute bargain. It has also broadened my variety of music, as I find it difficult to stay away from the soothing flutes and the empowering saxophones after seeing The Abstract Orchestra in action.