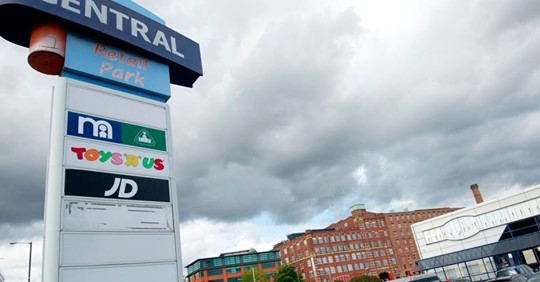 An old retail park in Manchester is to be turned into a new 10-acre parking lot unless campaigners can convince the city council to change its mind.

The old Central Retail Park in New Islington, just off the Great Ancoats Street section of Manchester’s ring road, is to be developed into a 440 space parking lot under current plans from the council.

However, campaign group Trees Not Cars propose the site instead be developed into a green space, especially during our current climate emergency.

The Council eventually want to turn the land into office space, but expect the temporary car park will bring in £1.1m. Trees Not Cars highlight the roadworks and additional parking spaces will result in more congestion in the area, and are angered cycle paths have not been included in the plans.

This, the say, goes against Greater Manchester’s Clean Air Plan, which aims to cut road pollution in the city.

The council’s eventual plans do intend to provide more green spaces, however, which will link to and extend Cotton Fields Park. The foreword to the development document states: “A viable proposition has been identified which will transford the site into a mixed use location, comprising a consolidated and modernised retail park, a high quality residential cluster, enhanced public real amd connections through the site to Cotton Field Park and adjoining neighbourhoods.”

The plans show similar urban developments to Copenhagen, where the urban sprawl can end quite abruptly into green spaces.

Trees Not Cars are planning a protest at the Central Retail Park site on August 17th; after 1,000 people signed the online petition they are optimistic a significant number will turn out to vocally protest the redevelopment plans.

The application goes to planing on August 22nd unless the council change their mind before.