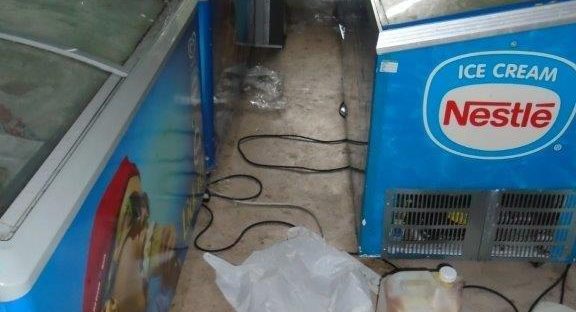 A Greater Manchester food takeweay has been closed down after inspectors found evidence of rat and mice infestations on the premises.

Owner Muhammad Ali closed down his business after a mouse infestation was discovered in July 2017 following three separate complaints to the council.

It was allowed to re-open a week later after follow-up visits were made but five months later further evidence was found of rodent infestations and the bar was closed for good.

Mr Ali, of Rochdale, pleaded guilty to offences against food safety and hygiene regulations and fined more than £4k for breach of hygiene rules at Kravings Deli and Dessert Bar.

During their visits, health and safety inspectors also discovered food hygiene breaches such as dirty work surfaces, a lack of lighting that prevented thorough cleaning and pest control, and a wash basin which had no hot running water.

All food business inspected by the council are given a rating between zero and five, with five indicating no improvement is needed and zero indicating improvement is urgently needed. The takeaway received three consecutive ratings of zero before its closure.

Mr Ali pleaded guilty to 11 offences under the Food Safety and Hygiene Regulations 2013 at Tameside Magestrates’ Court on Thursday and was fined £4,100 plus a further £1,450 in costs and a £170 victim surcharge.

He has been banned from the management of food premises indefintely, although he can apply to court in six months’ time to lift the order.
Councillor Arooj Shah, cabinet member for neighbourhood services, said: “When people buy food they should be safe in the knowledge that it’s been prepared in a clean kitchen.”