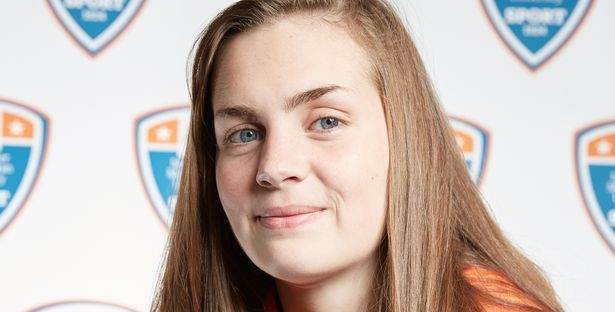 * More than 65 exciting names on the university's prestigious scheme

Manchester Met is set to greet a record number of sports scholars this year, with more than 65 elite athletes from all over the globe accepted into the university’s prestigious programme.

The scholarship, which offers athletes a bespoke financial and sports support package alongside their studies, will soon see athletes from a variety of sports walk through their doors. This year’s cohort of athletes include elite competitors from 16 different disciplines, including athletics, snow sports, netball, rugby, swimming, cycling and lacrosse. They will be joining Manchester Metropolitan from countries as far as the United States and South Africa.

Callum Jones, Manchester Met’s performance sports officer, said: “Our services will be tailored to help scholars in their unique sporting circumstances as well as encouraging their personal growth in other areas.

“We have some very exciting talent within this cohort and we look forward to helping them integrate.

“The programme has seen a steep improvement in recent years in terms of the standards of athletes we are now attracting, and this year continues that trend.”

With world-class facilities on their doorstep, including the Manchester Aquatic Centre, the National Cycling Centre and the Sports City complex, it’s no surprise that the university is attracting current and future international athletes.

It’s not just new scholars that Man Met are welcoming –a host of current scholars are also returning, including para swimmer Tully Kearney, who became a world champion in a staggering three different disciplines at the 2019 World Para Swimming Championships. After finishing her undergraduate course she will be starting a Masters degree in Human Physiology.

Basketball player Dominique Allen will be returning for the second year of her MSc Business, Management and Policy course and has previously represented Great Britain at the 2012 Olympic Games, memorably held in London, and was a silver medallist at the 2018 Commonwealth Games in Australia.

Joining Kearney and Allen is a variety of new scholars, including world cup champion freestyle snowboarder Katie Ormerod, who will be studying Sport Coaching and Development.  Earlier this year she became Britain’s first ever world cup champion at the 2019/20 Snowboard Slopestyle Crystal Globe and has her eyes set firmly on the 2022 Winter Olympics in Beijing.

Marc Scott, who recently beat the British 5K running record, will also be joining the University on a Masters course this year. His latest win means he now holds the record for the fastest indoor and outdoor 5K.

Some scholars took to Twitter to thank the University.

Athletics scholar Leah Peploe, said: “Super grateful to be selected as an MMU Sport Scholar for the 2020/21 academic year. Excited for the hard work to come with a great support system.”

Netball scholar Abby Miles, said: “Been awarded a Sport Scholarship at Manchester Metropolitan University for 2020/21 and I am truly thankful!”