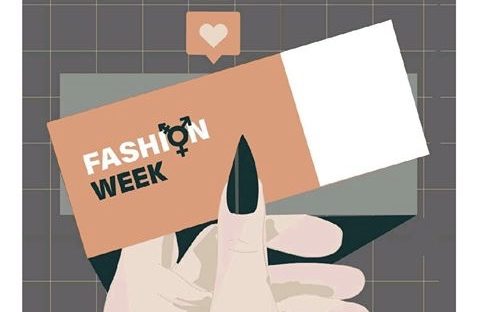 The international collaboration between Manchester Metropolitan University and Pearl Academy in Delhi was established to explore a range of current issues within the fashion industry, such as gender inequality, economic inequality and the climate crisis.

The project took place over several weeks between March and May and was aimed at fashion promotion and multimedia journalism students from MMU to participate in.

As the students were from two different continents, this was an exceptional chance to merge two completely different outlooks on the world in a creative context.

Prior to the Covid-19 pandemic, the initial aim of the project was for the journalism and fashion students from MMU to travel to India and work in partnership with students from Pearl Academy on the project, gaining an invaluable experience and shared learning.

However, the project was done entirely remotely using Slack, Skype, Zoom and WhatsApp. In teams, students were asked to translate their chosen topic into a creative output, for example an online magazine or an animation.

This presented its own challenges, mostly due to the time difference of four hours.

Students from both universities had to quickly adapt to these unprecedented changes and making working together possible.

Team work and communication underpinned the project and this soon became the most vital element. Initially, some groups found it difficult to collaborate using online mediums and this led to confusion and misunderstanding about the work required.

However, after recognising the issue, teams were able to pull together.

Chloe Davies, 21, a second-year fashion promotion student at Man Met, said she gained “valuable illustration skills” which she will “definitely be able to use in her upcoming creative projects”.

Chloe’s motivation to get involved in the project was to “gain international teamwork experience”.

“Listening and learning about my topic from an international perspective had challenged me and pushed me, but when I saw our final outcome, it was all worth it.

“It made me really proud to see that we were able to produce such a great piece as a group, despite the circumstances.”

A range of different artefacts were produced as a outcome of the project including Ezines (an online magazine), presentations and videos were all created to showcase the flaws in the fashion industry.

Devon Bellamy, 20, a multimedia journalism student at MMU said: “It was a great experience. I’ve learnt so much about fast fashion and the water crisis within the fashion industry which is what my group focused on.

“An issue we really need to tackle, it takes roughly 200 gallons to make a single pair of jeans.

“I feel the projects have really highlighted and brought to light some of the ugly truths that often go unseen or spoken about such as gender based violence, discrimination, water waste and how unethical and cruel the industry can be.

“But also the people causing these problems, such as the big hgh street retailers, major contributors to the problem but do nothing to change it.

“Though we weren’t able to go to India this year and work with our teams, this has still been a very valuable experience.”

The two universities still hope they will be able to come together later in the year and if not, to re-schedule for 2021.