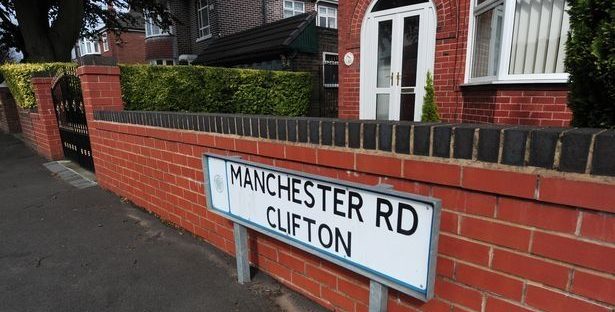 12 Days of Manchester: Two is the number of houses with the address 443 Manchester Road

If you’ve ever been a postman or had a paper round, you can occasionally get perplexed by the numbering of houses on Britain’s streets, but imagine you had a letter for 443 Manchester Road. If you do, you have a choice of two houses to deliver it to, which are next door to each other.

How has this happened? Well, half of the road is administered by Salford, the other half by Bolton, so there are also multiple 441s, 439s and so on. Nobody is sure how the houses came to be numbered in this way, as it seems to have been done before living memory.

There is one way to tell the two apart, which is that they have separate postcodes. But if you’re in a rush as a postman, you may not have time to check which belongs to which house, and it may not be obvious which one is which anyway.

It’s not just post that gets mixed up. Residents along the road have complained about taxis turning up at the wrong address and driving off when they see nobody coming out to meet them.

There are also quite a lot of Manchester roads in Greater Manchester; there are three in Chorlton practically next to each other, but not adjoining. As well as postal difficulties, this can cause other problems, for instance if you need to call emergency services, there is no real way of letting them know where you are, or need them to go.

So if you’re a town planner in Greater Manchester and you’re given the opportunity to name a road, whatever you do, for the love of sanity do not call it Manchester Road!